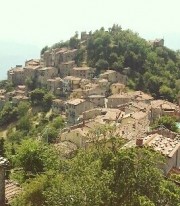 In what looks like a well-postured case, Celgard LLC has asked the Supreme Court to consider several questions stemming from the Patent Trial & Appeal Board (PTAB) decision that the claims of the company’s U.S. Patent No. 6,432,586 are invalid as obvious.  The patent claims a particular microporous membrane separator that adds a ceramic layer to effectively limit the growth of lithium dendrites – the major cause of lithium battery failures and overheating.  The approach created by Celgard has been widely copied (and further adapted) in the industry.

In order to avoid royalty payments and supply agreements with Celgard, a host of competitors filed at least six inter partes review (IPR) petitions against the ‘586 patent.[1] Although the bulk of the challenges have been rejected or found without merit by the PTO, the PTAB ultimately agreed with one of the several grounds presented by LG and ruled claims 1-6 and 11 obvious over a combination of two Japanese published patent applications in a parts-and-pieces analysis.[2] As it does with most appeals from the PTO, the Federal Circuit affirmed the PTO judgment without opinion. The petition explains:

The [Federal Circuit] decision was labeled as a “Notice of Entry of Judgment Without Opinion” and stated that “[t]he judgment of the court in your case was entered today pursuant to Rule 36. This Court affirmed the judgment or decision that was appealed. None of the relief sought in the appeal was granted. No opinion accompanied the judgment.”

With this basic setup, Celgard has petitioned the Supreme Court for writ of certiorari – asking four questions.

Whether inter partes review—an adversarial process used by the Patent and Trademark Office (“Patent Office”) to analyze the validity of existing patents—violates the Constitution by extinguishing private property rights through a non-Article III forum without a jury?

This question should at least serve as a place-holder pending outcome of Oil States.

The second question stems from my recent article on the Federal Circuit continued issuance of judgments without opinion in appeals of PTO decisions.  Petitioner asks:

Whether the Federal Circuit’s issuance of Rule 36 judgments without opinions for the disposition of appeals from the Patent Office violates 35 U.S.C. § 144’s requirement that the Federal Circuit “shall issue” its “mandate and opinion” for such appeals?

In addition, petitioner argues that the Federal Circuit’s continued and pervasive use of Rule 36 judgments without opinion is a violation of the principles of justice and should be rebuked by the Supreme Court:

Whether the Federal Circuit’s pervasive practice of issuing Rule 36 judgments without opinions to affirm more than 50% of appeals from the Patent Office has exceeded the bounds of reasonableness and is inconsistent with “principles of right and justice”?

Something that makes this a helpful case is the fact that Celgard also has a very strong argument on the substantive patent law merits (nonobviousness) and there are no serious troll or eligibility undertones.  In its final petition question, Celgard focuses on the obviousness question asking:

Whether the Patent Office’s consistent practice of failing to consider the claimed invention “as a whole” and failing to consider whether the combination of elements would lead to “anticipated success” in an obviousness determination conflicts with 35 U.S.C. § 103 and this Court’s precedent in KSR Int’l Co. v. Teleflex Inc., 550 U.S. 398, 421 (2007)?

The obviousness analysis by the PTO is what I see as a somewhat typical pieces-and-parts analysis – finding that most of the elements of the claims were taught by one of the prior art references and then finding another reference that taught the remaining limitations.  Of course, this approach of using the invention as a blueprint for framing the prior art has the problem of likely hindsight bias – and is particularly troublesome where the invention is not simply a combination elements but instead is a new structure. Here, for instance, the claim requires, inter alia, “a ceramic composite layer . . . adapted to at least block dendrite growth. . .”  One reference purported to teach a non-ceramic layer used to block dendrite growth (Tobishima) and the second taught a ceramic layer – albeit one that that would not block dendrite growth because of large open holes (Tojo).  The PTO determined that it would be appropriate to combine the two references in a way that form a ceramic layer that blocks dendrite growth. In response, the petition argues:

Given the different problems addressed by Tobishima and Tojo (and their respective, different solutions), a threshold question for obviousness should have been whether it would have been obvious to combine the references to achieve a two-layer separator that blocks dendrite growth. Had this question been considered, which would have considered the claimed invention as a whole, the Patent Office would have found that the combination would destroy the very purpose of the references and would result in a separator with “open holes” that cannot block dendrite growth. Instead of considering the claimed invention “as a whole” and its unique ability to block dendrite growth through a ceramic composite layer, the Patent Office instead looked to whether the references contained all the elements of the claims. This analysis is not proper.

Although not the primary focus of the obviousness argument, the secondary factors of nonobviousness are interesting here.  The PTO gave them no weight even though LG apparently copied the invention and then touted the safety benefits of the ceramic layer in its advertising.

As in the Cuozzo case, the original IPR petitioner has dropped out of the case after a settlement, but the PTO is defending its own judgment.

I’m writing this from the mountain village of Montefegatesi, shown in the picture above.  No internet here, but it will be posted soon.