In a prior post, I noted that the Federal Circuit initially released this appellate decision under seal but requested that the parties show cause as to why it should remain under seal.  After receiving no objection from the parties, the court has now unsealed the decision.

The case centers on Georgetown’s U.S. Patent No. 7,616,329 which covers a method for inspection of railroad tie-plates and particularly includes automating the examination of misaligned tie plates. 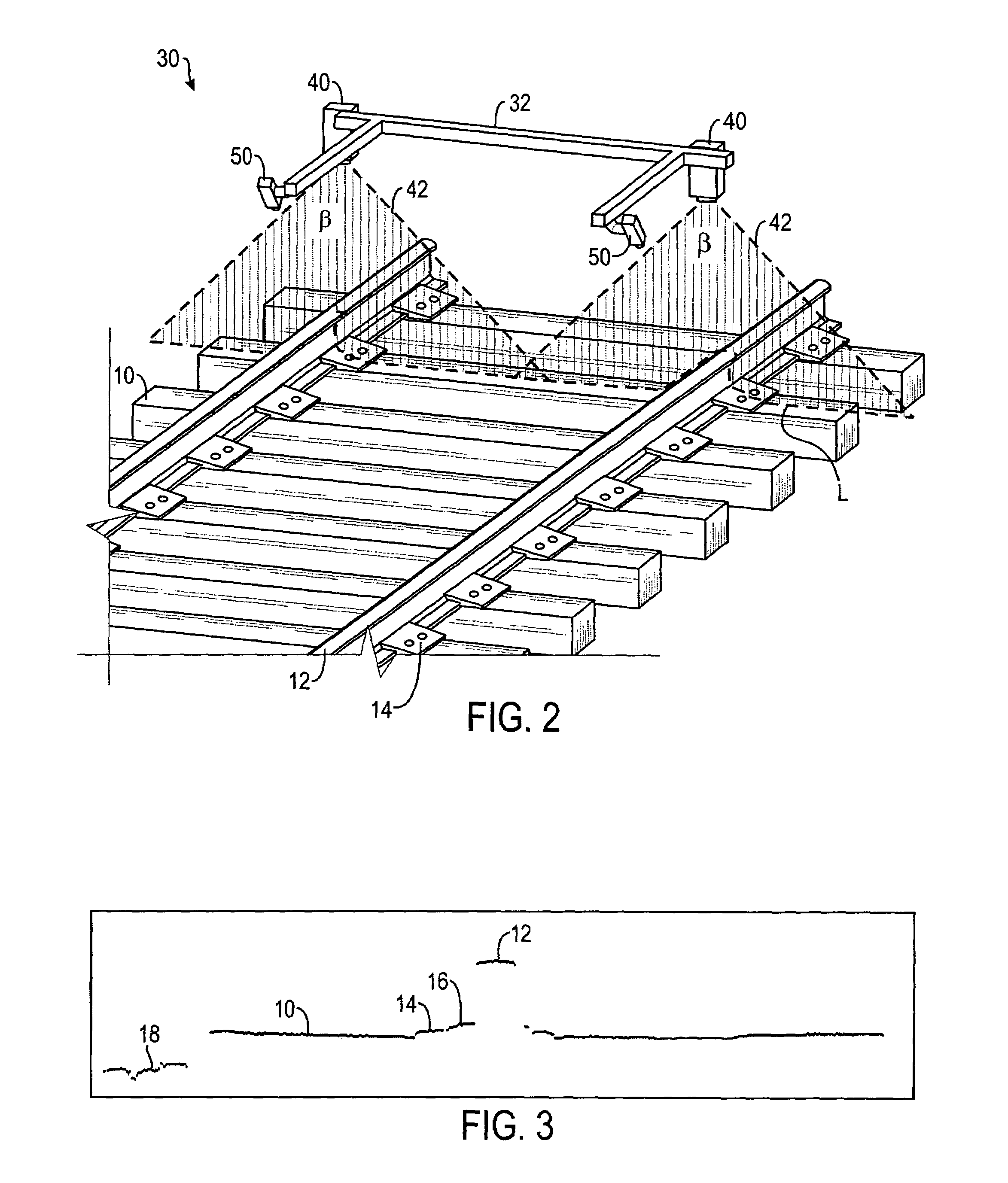 In 2012 Union Pacific set up a head-to-head challenge between Georgetown and Holland.  Holland got the business then Georgetown sued Holland for patent infringement.  A jury awarded $1.5 million in lost profit damages, and the judge then enhanced the damages by an additional $1 million and awarded a permanent injunction against infringing the patent.

The most important part of the decision is likely the claim construction – particularly the court’s interpretation of the preamble as not limiting.

In relevant parts, Claim 1 of the patent calls for:

at least one light generator positioned adjacent the railroad track …;

at least one optical receiver positioned adjacent the railroad track …; and

The infringement problem here is that the defendant just the sensing in the field, but then takes the file back to the home office for processing.  Thus, only part of the system is mounted to a vehicle. On appeal here, the Federal Circuit sided with the patentee with a broad clam construction – holding that the claim does not require mounting of the processor.

A patent claim is usually divisible into three distinct portions, the preamble; the transition phrase, and the body.

The preamble is ordinarily seen as an introductory phrase to set the stage, but not actually spelling out or defining any of the actual elements of the invention.  The transition phrase – most commonly “comprising” — signals that the body is coming next.  Finally, the body itself is the heart of a patent claim because it spells out the scope of the invention – its metes and bounds.

Claim preambles though are an oddity of claim construction.  They ordinarily do  not limit claim scope, but sometimes do.  If the preamble merely recites a purpose or intended use, then it is not limiting.

Of course, it is a fairly difficult proposition to know when a preamble providing the breath of life – perhaps akin to knowing when a claim is improperly abstract.  The court has generally accepted that the test is not straightforward. It requires review of the “entire patent” as well as the prosecution history to understand what was “actually invented and intended to encompass by the claim.”  Slip op. See also Applied Materials, Inc. v. Advanced Semiconductor Materials Am., Inc., 98 F.3d 1563, 1572−73 (Fed. Cir. 1996) (whether the preamble constitutes a limitation “is determined on the facts of each case in light of the overall form of the claim, and the invention as described in the specification and illuminated in the prosecution history”); Am. Med. Sys., Inc. v. Biolitec, Inc., 618 F.3d 1354, 1358 (Fed. Cir. 2010) (“there is no simple test” for understanding the import of the preamble, but “we have set forth some general principles to guide th[e] inquiry”).

Here, the court looked to the “context of the entire patent” to reach the conclusion that the “mounted on a vehicle” statement does not provide any structural limitation to the claim scope but instead “is meant to describe the principle intended use of the invention.”  However, the specification notes that the processing “can be performed by another computer system” other than one located on the inspection vehicle.  According to the court, this is a suggestion that the location of the processor is not essential to the invention itself.

During prosecution, the patentee also told the examiner that the analyzing and determining steps occur “along the railroad track bed.”  However, the court found those non-limiting because the purpose of the statement was not to overcome prior art involving a distributed processing approach.  “Ambiguous statements made during prosecution, especially those that do not directly distinguish the element claimed as essential for purposes of finding a limitation in the preamble, ‘cannot fairly limit the characteristics of the claim term.’ Grober v. Mako Prods., Inc., 686 F.3d 1335 (Fed. Cir. 2012).

The problem with this entire approach.  Patentees who want clear-cut claim scope use short nonce preambles so that there is never any question about what is or is not limiting.  In my experience, lengthy preambles are instead used strategically to provide ambiguity into the claim scope to make it easier to later argue alternatively for broader or narrower claim scope depending upon situation during litigation.

During prosecution, the examiner should expressly state that “the examiner considers the preamble non-limiting” except in the few cases where preamble is seen as limiting.  However, even this express approach will leave ambiguity as to whether a court will see the preamble as limiting because of the difference between Broadest-Reasonable-Interpretation (BRI) used by the courts and Actual Claim Construction (ACC) used by the courts.