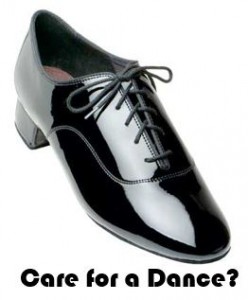 The dispute here falls under the Biologics Price Competition and Innovation Act of 2009 (BPCIA), which can be loosely described the Hatch-Waxman equivalent for large-molecule biologics.

Particularly, BPCIA creates an abbreviated approval pathway for products that are “biosimilar” to an already FDA-approved biological drug product.  Unfortunately, the actual statute is a complete mess – being both unduly complex and unduly vague.  That said, the Supreme Court used nice words in its recent decision: “The BPCIA sets forth a carefully calibrated scheme for preparing to adjudicate, and then adjudicating, claims of infringement.” Sandoz, Inc. v. Amgen, Inc., 137 S. Ct. 1664 (2017).

The setup in this particular mandamus action is that the patentee Amgen was seeking discovery on exactly how Hospira’s biosimilar was going to be produced – information included within its aBLA applicant to the FDA.  However, the district court refused discovery since the requested information was “irrelevant to the asserted patents” in the case.  Amgen argued that the discovery was necessary to see if they might need to assert further patents.

Ordinarily there is no direct appeal of discovery orders since they are mere interlocutory orders rather than final judgments. Here, Amgen petitioned for a writ of mandamus. However the Federal Circuit has rejected that petition – finding that it lacked jurisdiction in the case.  The court went on to note that the BPCIA permits Amgen to disclose any patent it believes “could be reasonable asserted” and thus perhaps should have included a longer list, which then would have opened discovery further.

More importantly . . . the Court suggested that if a patent was not included in its paragraph (l)(3)(A) list, even if there was no reason to suspect that it might be relevant to the present case, the BLA holder could be precluded under 35 U.S.C. § 271(e)(6)(C) from ever asserting that patent (depending on what “under this section” turns out to mean).  Of course, this could lead to the unintended (or maybe intended) consequence of overly long patent lists containing every conceivable patent that could be related to the manufacture of biologics in situations when inadequate information has been provided.