I’m presenting some data from the Compendium of Federal Circuit Decisions later today at Chicago-Kent’s terrific conference on The Power of the PTAB.  Below are a few of the graphs I’ll be showing, along with a bonus graph involving Federal Circuit review of inter partes review proceedings.  All data is through October 17, 2017.

This first graph shows the distribution of dispute types in opinions and Rule 36 summary affirmances that arise from the USPTO.  Unsurprisingly, most of the growth in these decisions comes from appeals in IPRs.  More surprising to me was that a substantial chunk of the growth from 2014-16 came from appeals from inter partes reexamaminations.  Those will drop off as the last reexaminations work through the system. 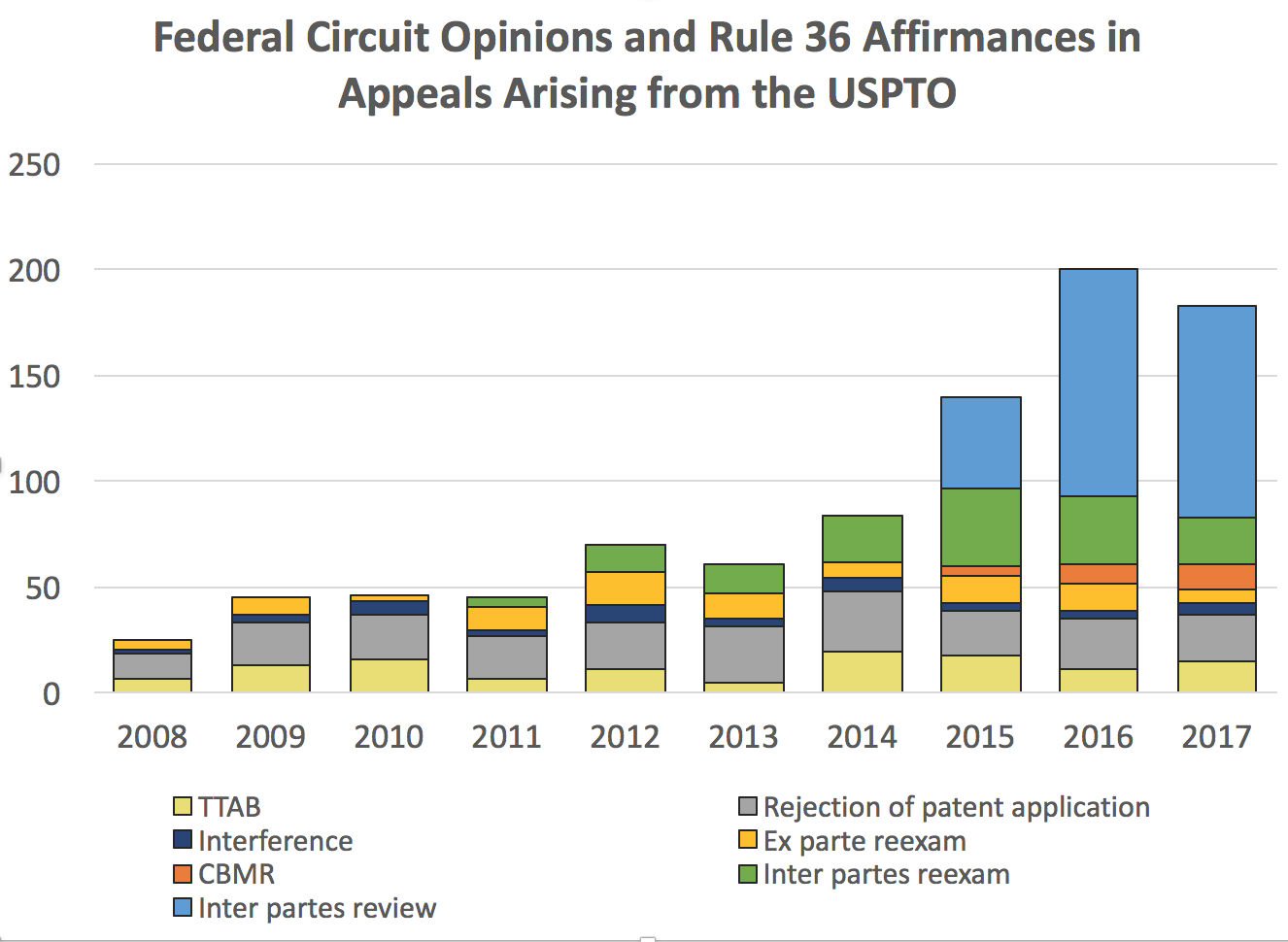 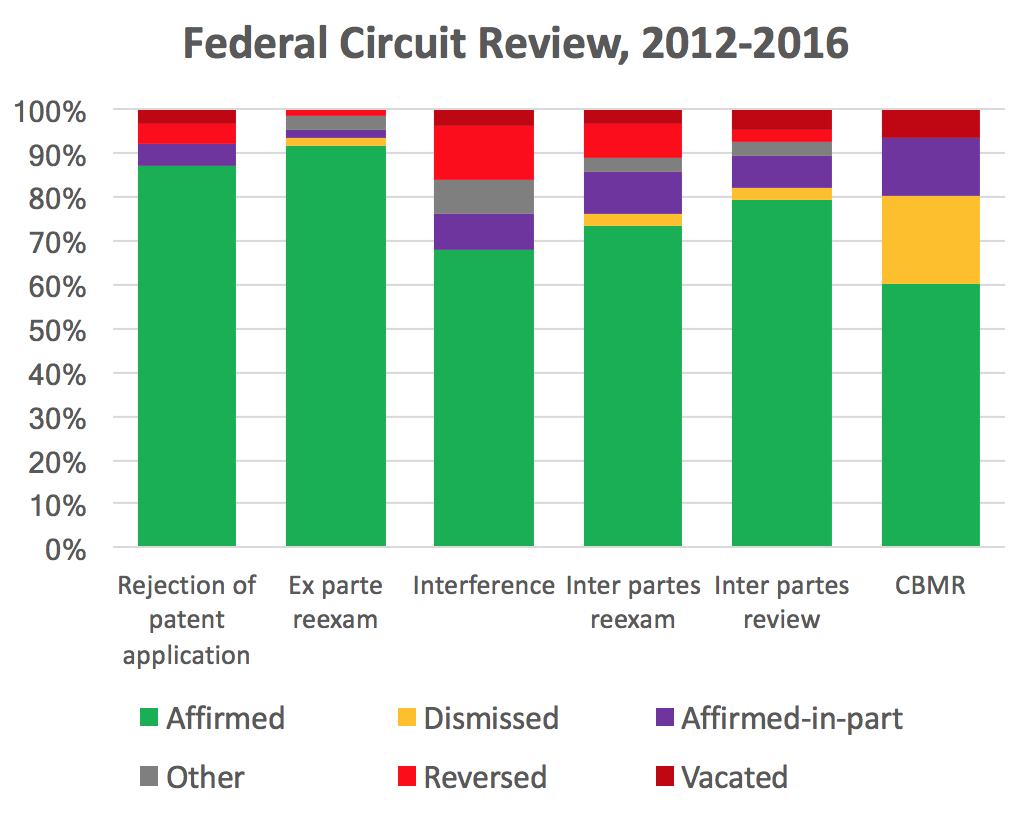 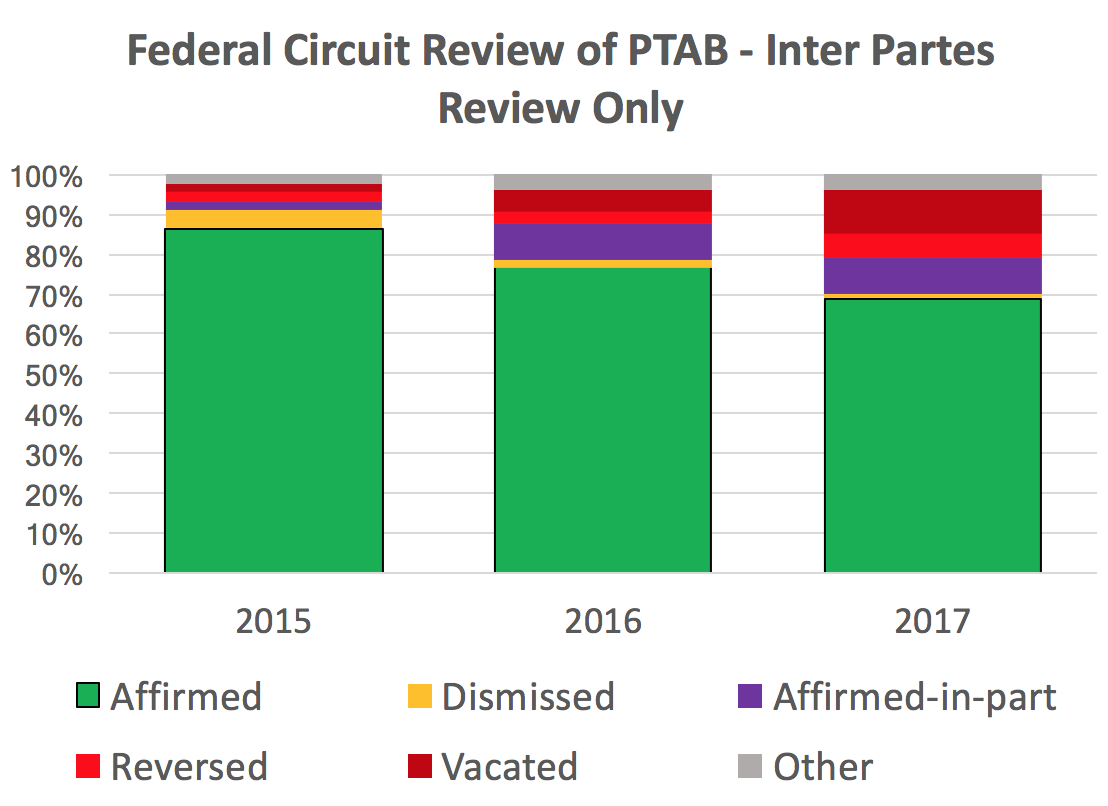 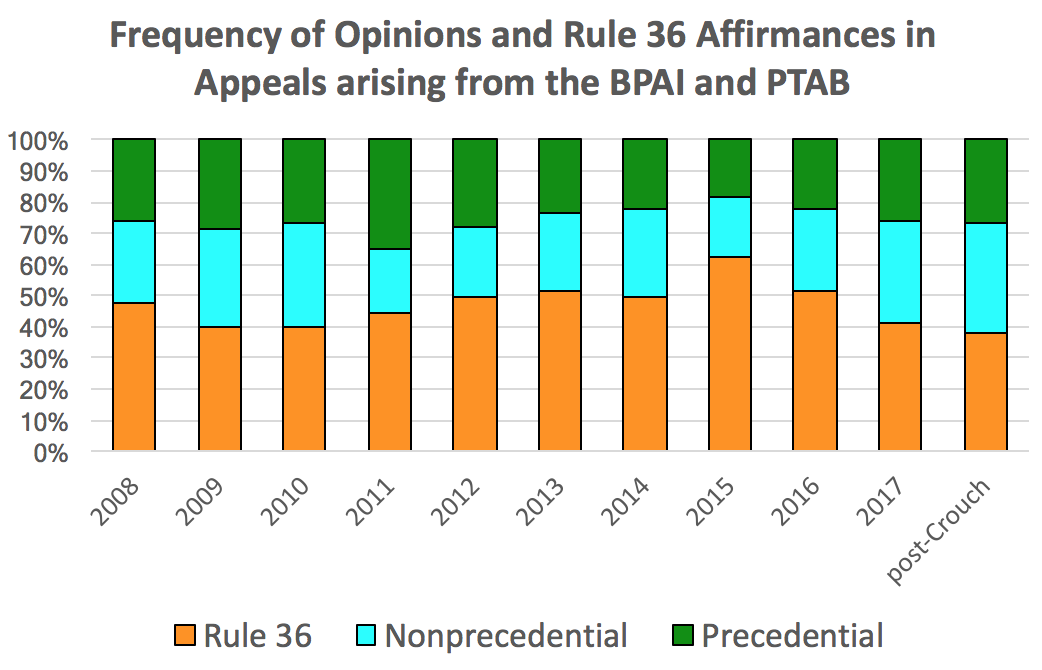 Thanks to my research assistants, Louis Constantinou, Sarah Jack and Brett Winborn for their hard work on the Compendium.  If you are a researcher on the Federal Circuit and would like access to the Compendium in its beta state, please drop me an email.

7 thoughts on “Federal Circuit Review of the PTAB”