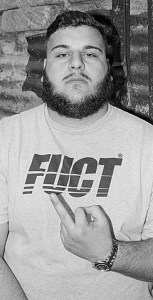 The Federal Circuit has ruled that trademark law’s bar against registering immoral or scandalous marks is an unconstitutional restriction of free speech.  Thus, on appeal the court has reversed the TTAB’s holding that Bruneti’s mark FUCT is unregistrable. (FUCT Clothing Store).

This decision follows the Supreme Court’s recent decision in Matal v. Tam, 137 S. Ct. 1744 (2017).  In that case, the court held that § 2(a)’s bar on the registration of disparaging marks involved a governmental viewpoint discrimination in violation of Free Speech principles.

Here, the Federal based its decision on content-based discrimination (rather than viewpoint based) which is also reviewed for strict scrutiny.  In reaching its decision, the Federal Circuit rejected two particular arguments, holding:

The majority opinion here was written by Judge Moore and joined by Judge Stoll.  Judge Dyk wrote a concurring opinion — arguing that some aspects of Section 2(a) could be saved by a narrow definition:

One such fairly possible reading is available to us here by limiting the clause’s reach to obscene marks, which are not protected by the First Amendment.

Dyk proposes that the PTO should follow the approach of criminal law that – by statute criminalizes the mailing of “obscene, lewd, lascivious, indecent, filthy or vile” material.   Rather than finding the entire statute invalid, courts have limited the statute to only apply to obscene material.  That same approach could be used here.

The majority responded the Dyk’s suggestion by arguing that such a re-write of the statute here would be an improper exercise of legislative powers – reserved for Congress. “It is not reasonable to construe the words immoral and scandalous as confined to obscene material.”

6 thoughts on “We are all FUCT”