Joining Rep. Goodlatte, Rep. Darrell Issa has also announced his retirement from the House of Representatives.  For the past several years, these two have been the most active House members in the patent law area.   I received a funny email from Paul Morinville’s US Inventor group stating that “Thousands of US inventors are applauding Rep. Darrell Issa‘s decision to not run for re-election in California’s 49th district, and they’re hopeful his replacement will fix the job-killing problems the Congressman caused by weakening the nation’s patent system.”

Issa is a listed inventor on dozens of patents (utility + design) related to the car alarm company he founded.  This background meant that Issa was both knowledgeable and interested in the U.S. patent system. 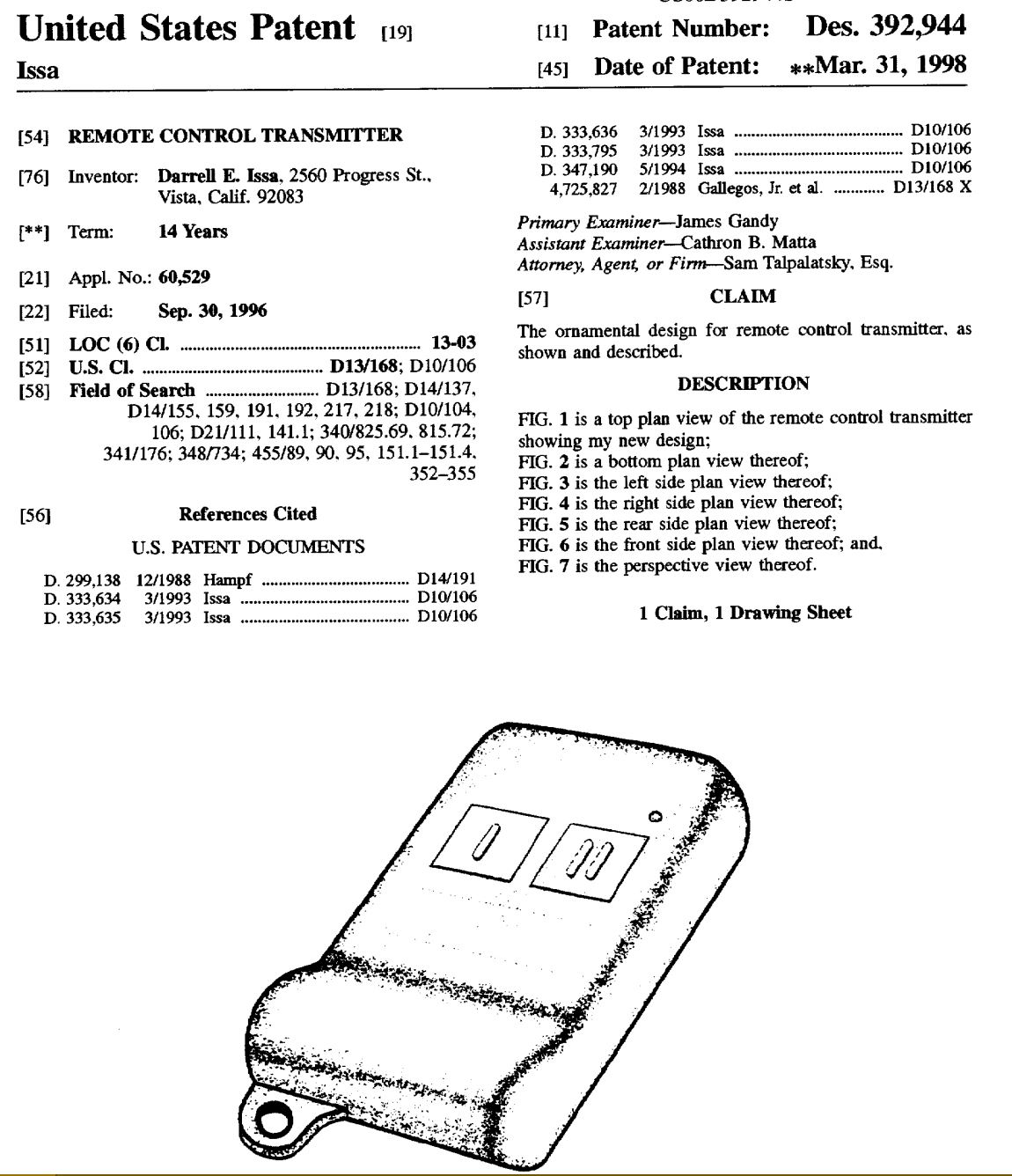 9 thoughts on “Issa stepping down from House”