Ex Parte Barrego, APPEAL 2016-006527 (PTAB January 2018). Barrego’s claim is directed to a roofing underlay with a number of features including “a pattern having the appearance of a shingled roof printed on at least one surface of the underlayment.”  Here, the PTAB affirmed the indefiniteness rejection — finding that “one of ordinary skill would [not] be able to determine definitely whether many particular underlayment patterns do or do not have the appearance of a shingled roof.”  The patentee had referred the examiner to the submittted drawings: 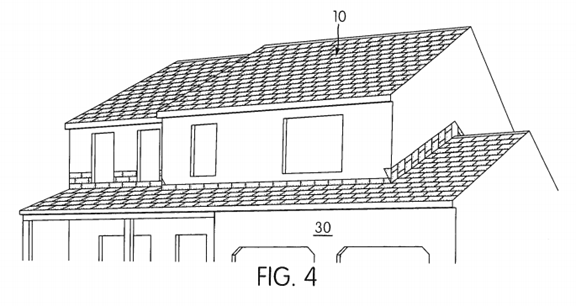 Finally in Ex Parte Gibbons, APPEAL 2016-005386 (PTAB 2018), the examiner had applicants’ claim for a nursing cover-up because the requirement of “a length that extends to at least the mother’s waist” would vary depending upon the waist length of a mother – and thus is indefinite as a measure. For this principle, the examiner cited MPEP 2173.05 (b) II (“a claim may be rendered indefinite by reference to an object that is a variable”). On appeal, the PTAB sided with the applicants – holding (1) the variable => indefinite statement from the MPEP is not a per-se rule; and (2) in this case a person of skill in the art will know how to make garments “to accommodate various body types is known in the art.” 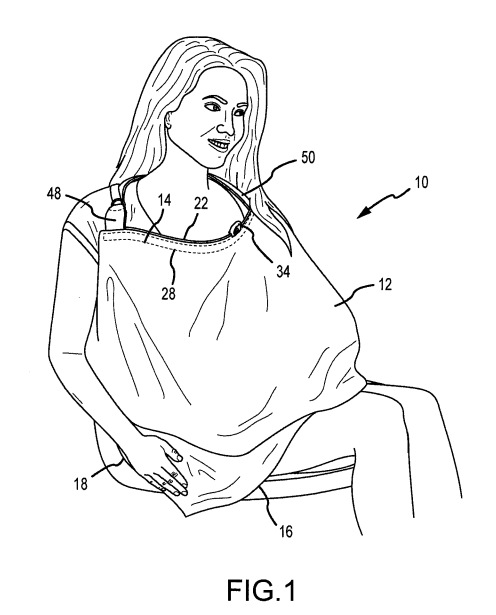 73 thoughts on “PTAB on Indefiniteness”