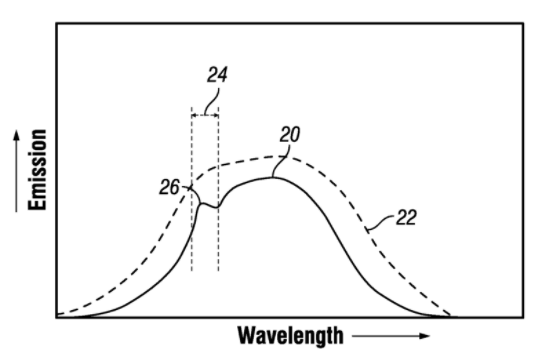 GlucoVista’s patent application claims a method of determining glucose concentration in a body (i.e., physical matter) by changing the body’s surface temperature and measuring the change in infrared (IR) radiation emitted at the wavelength associated with Glucose IR emissions.  The concentration is then calculated based upon these measurements.  Claim 1 though is not tied to glucose, but rather a generic method for determining the concentration of a ‘substance.’

In the ex parte appeal, the PTAB has affirmed the examiner’s rejection on eligibility grounds – finding that the claims were directed to the abstract idea of “selecti[ng] data (temperature, radiation) obtained from known and existing technology and then using the data to make a correlation.” Citing Digitech.[1]

Although transformation is not a “litmus test” of eligibility it is still relevant – here the PTAB held that changing a body’s temperature does not count as Diehr-style transformation.[2]

With respect to Alice/Mayo step-two (“something more”), the PTAB found that the improvement offered by the invention “is an improvement in the application of the mathematical relationship in determining substance concentration, which is, itself, an abstract idea.”

The examiner had also rejected the claims as obvious. However, those rejections were reversed on appeal.  In my mind, that makes this case a good candidate for challenge – either through civil action or appeal.

measuring a second amount of infrared radiation absorbed or emitted from the body in a second wavelength band at predetermined time intervals during the recovery increasing the surface of the body from the second temperature to the first temperature;

determining a concentration of a substance in the body non-invasively by using a correlation with the normalized ratio parameter.

75 thoughts on “Climate Change is an Abstract Idea?”