President Trump has signed into law a significant roll-back of protections for internet platforms for the purpose of shutting-down prostitution in America.  The title “Allow States and Victims to Fight Online Sex Trafficking Act of 2017.”

[UPDATED] Someone who “owns, manages, or operates” an interactive computer service and “uses a facility … with intent to promote or facilitate … prostitution of another person” is committing a federal crime.  Here, “intent” appears to easily include reckless acts.  The statute also creates a Federal Civil cause of action for any injured person under the Act (with foreseeable class actions).  The major caveat here is that the law creates an affirmative defense if the defendant proves “that the promotion or facilitation of prostitution is legal in the jurisdiction where the promotion or facilitation was targeted.”

In addition to the Federal Causes of Action, Section 230 of the Communications Decency Act is amended so that there will no longer be a safe harbor for internet service providers against state-based civil and criminal claims associated with unlawful “sex trafficking in children” or prostitution as defined above. 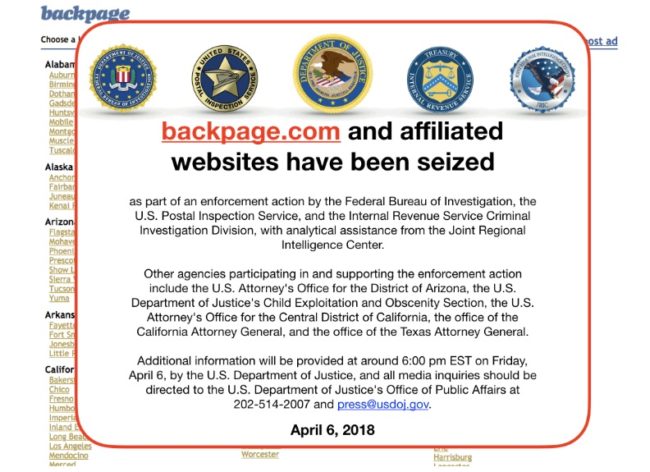 Note here that both conspiracy and attempt is now criminalized under Federal Law with a 10-year potential imprisonment.  Under a broad reading I suspect that under the new law it may be enough to conduct a targeted internet search seeking a prostitute in a way that forms a conspiracy with the service provider.