The chart below shows the percentage of U.S. patents with a prior issued U.S. patent in its family. The chart shows that around 20% of recently issued patents are part of a family that already has one U.S. patent. (I’ll note that less than 1/3 are divisional applications.) 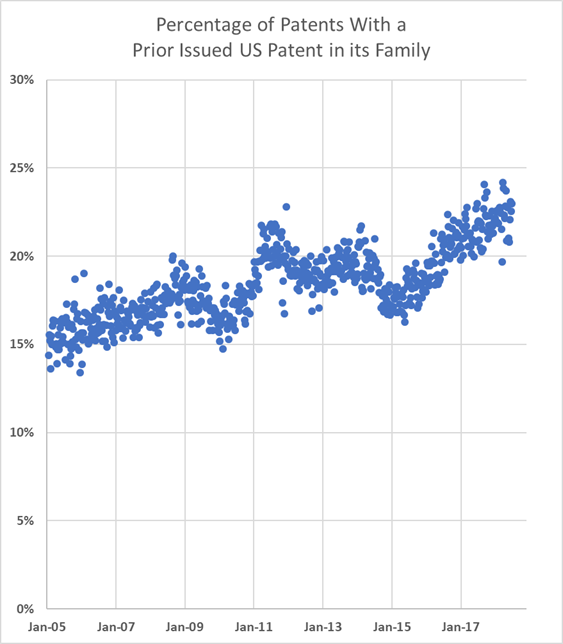 29 thoughts on “Patent Families: U.S. Patents in the Same Family”