The appeal here stems from three Inter Partes Review (IPR) proceedings — each cancelling the claims of aseparate Worlds’ patent. U.S. Patent Nos. 7,945,856; 8,082,501; and 8,145,998. The Worlds’ patents involve methods and systems for displaying avatars within a virtual environment and claim priority back to a 1995 provisional patent application.

The appeal here does not focus on the merits of the case but rather whether the IPR proceedings were time barred.  I.e., whether the patentee’s still-pending lawsuit against Bungie’s contracting partner Activision will block Bungie from pursuing its IPR. 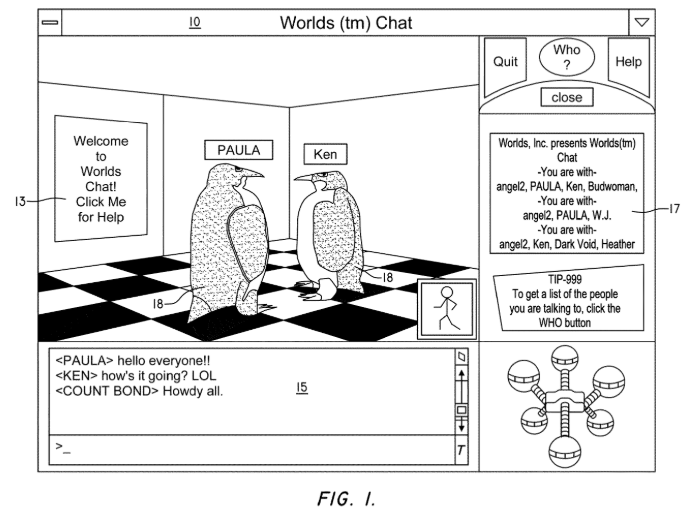 35 U.S.C. § 315(b) is fairly clear — “an inter partes review may not be instituted if the petition requesting the proceeding is filed more than 1 year after the date on which the petitioner, real party in interest, or privy of the petitioner is served with a complaint alleging infringement of the patent.”

Here, the petitioner Bungie was never sued for infringing the patents.  However, game distributor Activision was sued for infringement 2012 for its World of
Warcraft games.  Bungie develops virtual-world games such as Halo — and distributes those games through a deal with Activision. Back in 2014, Worlds notified Activision that it planned to add the Bungie products to the lawsuits.  Within six months, Bungie filed the IPRs at issue here. The Activision lawsuit is ongoing – though it was conveniently stayed pending outcome of the Bungie IPR.

Absent from the Board’s analysis of the real-party-in interest issue is any clear statement of what, if any, burden framework the Board used to analyze the evidence presented in these IPRs, including an identification of which party the Board viewed as bearing the burden of persuasion.

In its decision, the court made several important findings:

Here, the court found that the patent owner “presented more than enough evidence to sufficiently put this issue into dispute.”  The evidence here was:

The Federal Circuit saw this evidence as sufficient to force the Board’s hand and no longer simply rely upon the petition’s statement in a conclusory judgment.  Rather, at that point the Board should have considered the evidence and expressly made “the factual determinations necessary to evaluate whether Bungie had satisfied its burden to demonstrate that its petition was not time-barred based on the complaints served upon Activision, the alleged real party in interest.”

On remand, the Board will reconsider its the real-party-in-interest decision — placing the ultimate burden of persuasion on the IPR petitioner.

(a) receiving by the first client process from the server process received positions of selected second avatars; and

(b) determining, from the received positions, a set of the second avatars that are to be displayed to the first user;

wherein the first client process receives positions of fewer than all of the second avatars.

16 thoughts on “Burden: IPR Petitioner must Prove it is the Real-Party-In-Interest”