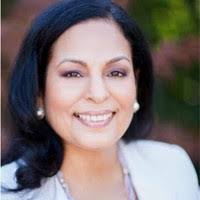 Bhagat v. Iancu is a newly filed petition for writ of certiorari now pending before the United States Supreme Court. (Case No. 18-277).   Bhagat is the founder and CEO of Asha Nutrition and is seeking to patent a lipid-formulation – that contains a mixture of omega-6 and omega-3 faty acids at a ratio of 4:1 or greater.

The USPTO refused to issue the patent finding the claims barred both by on eligibility (101) and anticipation (102) grounds.  On appeal, the Federal Circuit affirmed.   The 101 denial is most interesting.  The PTAB found that that claimed fatty-acid mixtures already occur naturally in walnut oil and olive oil.  And, although the claims require (via disclaimer) that the mixture of oils come from different sources, the Board found them to be directed to a natural phenomenon.  On appeal, the Federal Circuit agreed — finding that the original ingredients of walnut oil and olive oil are natural products and the mixtures were not shown to be a “transformation of the natural products, or that the claimed mixtures have properties not possessed by these products in nature.”  [Query – are the the oils themselves product of nature?]

The [claimed] combination of species produces no new bacteria, no change in the six species of bacteria, and no enlargement of the range of their utility. . . . They serve the ends nature originally provided and act quite independently of any effort of the patentee. . . .

The qualities of these bacteria, like the heat of the sun, electricity, or the qualities of metals, are part of the storehouse of knowledge of all men. They are manifestations of laws of nature, free to all men and reserved exclusively to none. He who discovers a hitherto unknown phenomenon of nature has no claim to a monopoly of it which the law recognizes. If there is to be invention from such a discovery, it must come from the application of the law of nature to a new and useful end.

1. b. Whether the Federal Circuit erred in finding petitioner’s patent application claims unpatentable under 35 U.S.C. § 101 because the court did not apply the patent-eligibility standard set forth in Myriad.

2. Whether the Federal Circuit erred in affirming the USPTO’s decisions under 35 U.S.C. §§ 101 and 102(b) because it failed to apply “meaningful review” to that decision, as required by the Administrative Procedure Act.

The broadest claim in contention reads as follows: