This is an important case for anyone playing tricks with multiple patents and lots of priority claims.  In the decision, the court held that an ex post cancellation of priority claims in a parent application interrupted the previously claimed chain of priority in the child application — rendering that child invalid based upon the inventor’s own prior issued patents.

Natural Alternatives v. Iancu (Fed. Cir. 2018), is one of those increasingly rare inter partes reexamination decisions. The timeline of this case serves as a helpful reminder of why this avenue of patent challenged was cancelled by the AIA.  In particular, this case is following a quite typical inter partes reexamination pathway — receiving an appellate court decision six years after the reexam’s initial filing.

The patent at issue here is U.S. Patent No. 8,067,381 is directed to a dietary supplement containing free beta-alanine:

1. A human dietary supplement comprising at least one of:

that is not part of a dipeptide, polypeptide or oligopeptide.

The problem for the patentee here an unforced error in its chain of priority.

The patent at issue (applied for in 2011) is the last in a chain of eight U.S. patent applications plus one provisional and an original UK application originally filed in 1996. The new applications were filed in series just before the prior application’s issuance — such that the whole chain of priority needed to remain intact in order for the 1996 date to be effective.

The fifth and sixth in the series followed this approach and were filed with proper claims of priority reaching back all the way to the 1996 UK filing.  However, just before the fifth-application issued, “Natural amended the fifth application to delete its claim of benefit from the fourth through first applications in the series back to the 1996 British application’s filing date and, instead, claimed benefit solely of a provisional application filed in 2003.”  The idea here was that the fifth would have a later effective filing date and thus a later expiration date.  The problem, though, is that the changed priority claim in the fifth application broke the chain of priority for the sixth, seventh, and eighth.

On reexamination, the USPTO recognized the break in priority and rejected the eighth patent based upon the first patent in the series. And, on appeal, the Federal Circuit has affirmed:

Natural can only win on appeal if this Court accepts its erroneous thesis that a benefit claim vests on the day an application is filed and, thereafter, cannot be divested by events in another application. Natural’s thesis has no support in section 120 or this Court’s precedent.

Section 120 is is not clear on this point — it focuses on whether the prior application “contains or is amended to contain a specific reference to the earlier filed application.”  Although the statute does not delineate the result of eliminating a priority claim in a prior-filed application, the statute does suggest that amendments will be respected.  And, part of the difficulty here is that the chain of priority in the fifth application was not fully examined.  The court writes: “The mutable and unexamined nature of a benefit claim weighs against Natural’s argument that entitlement to a section 120 benefit claim permanently vests on an application’s filing date.”

Natural chose to delete the benefit claim in its fifth U.S. application and thereby obtained a longer term for the patent issuing therefrom. The foreseeable – and easily avoidable – consequence of this voluntary action is that Natural’s sixth through eighth U.S. applications would no longer be entitled to benefit of the filing date of its fourth through first U.S. applications.

The court notes that this problem was “easily avoidable.” Natural could have, for example, filed a separate continuation application from the fifth application to get those claims without soiling the trunk of priority claims.

Without the priority claim, Natural’s own prior patents become on-point prior art — as such, the invalidity is affirmed. 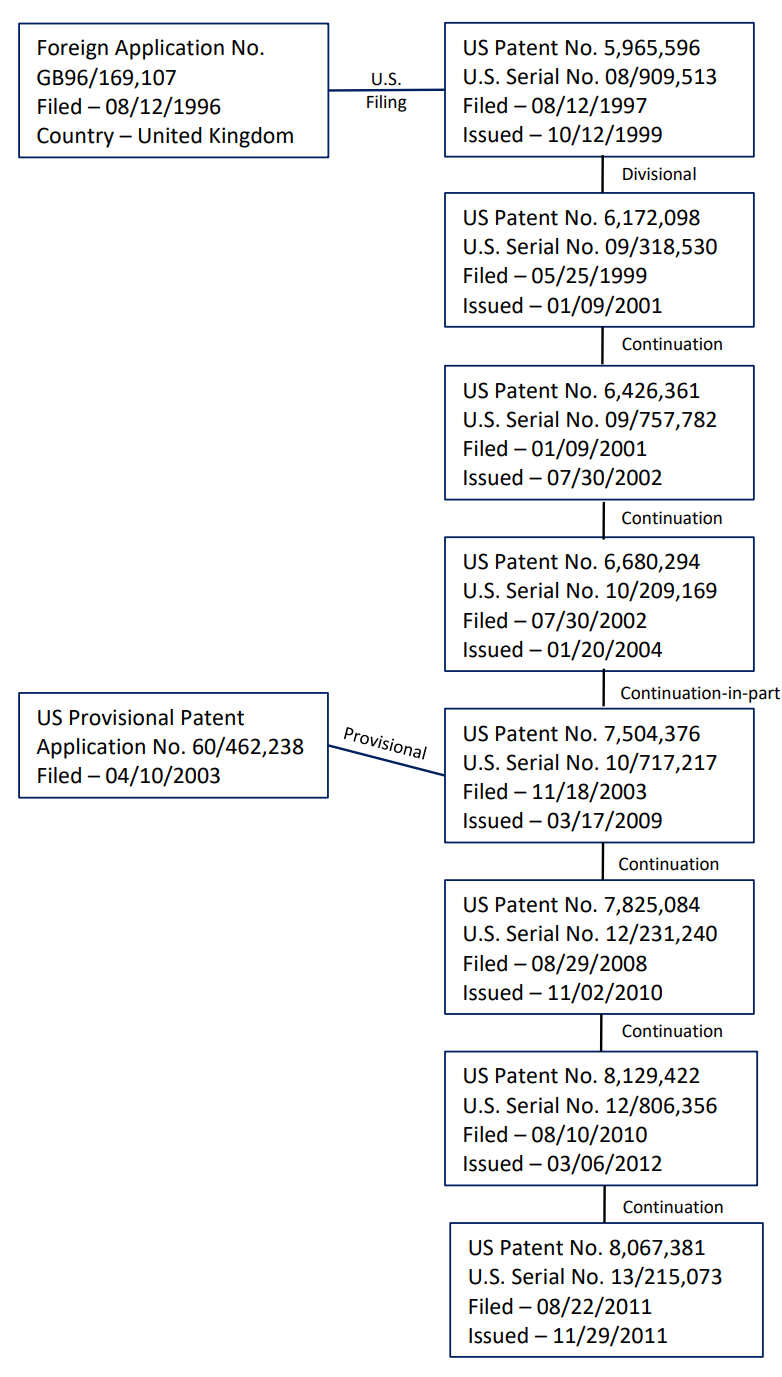