This decision involves parallel appeals from (1) a district court siding with the accused infringer on noninfringement grounds; and (2)  a PTAB IPR decision siding with the patentee confirming patentability. On appeal, the accused infringer won on several grounds, but it appears that at least some of the claims will be found both infringed and valid.

In this post, I focus on the PTAB decision and self-harming prior art. 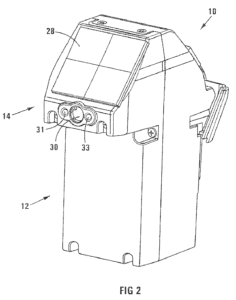 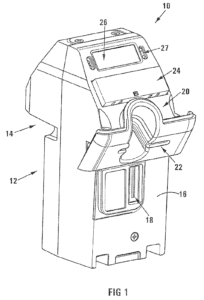 The two patents in suit are related to single-space, credit-card enabled, solar-powered parking meters. U.S. Patents 8,595,054 and 7,854,310.  Of the two, the ‘054 patent has the earlier effective filing date (December 2006) while the ‘310 patent’s associated application was not filed until 14 months later (February 2008).  The two patents are both owned by IPS and have one overlapping inventor (King). However the patents also have several non-overlapping inventors.  Relevant for this case, Schwarz is a listed inventor of the ‘054 patent but not the ‘310 patent.

Once the ‘054 patent published in 2009, it became prior art under pre-AIA 35 U.S.C. 102(e) with a prior art date of December 2006.  102(e) offers two additional tricks for our situation here: First, a published application or patent only counts as prior art if filed “by another”; and second, 102(e) prior art cannot be used for obviousness purposes if the purported prior art is owned by the same entity as the application/patent being challenged.

By Another: This gets a little bit tricky, but the baseline law is that a prior art application is “by another” if invented by someone not listed in the later application being challenged.  Here, the purported prior art (the ‘054 patent) lists King and Schwarz as inventors — that counts as a different since Schwarz is not listed on the ‘310 patent.  However, the court allows parties to get into the weeds on this point and ask — who actually invented the particular aspects of the disclosure being used.  Here, the patentee argued that King (the overlapping inventor) is the one who created the particular disclosure.  On appeal, the Federal Circuit agreed with the legal analysis, but disagreed on the facts:

If Schwarz is a joint inventor of the anticipating disclosure, then it is “by another” for the purposes of § 102(e). . . . Because the [later] ’310 patent claims clearly include elements previously disclosed in Figure 8 [of the prior ‘054 patent], the question is whether Schwarz conceived those elements as they were disclosed in the ’054 patent. . . .

While IPS argues that Schwarz’s role consisted of “drawing a schematic,” the record shows that creating the block diagram was not a minor task. Schwarz had to coordinate with D+I as they designed a device that could
physically fit within an existing parking meter housing. As a result of Schwarz’s contribution, the ’054 patent discloses a parking meter device with a detailed electrical system, a challenge King described as one of “two big hurdles” to the invention. Thus, Schwarz’s contribution, measured against the dimension
of the full invention, was significant.

Okay, based upon the Federal Circuit’s conclusion that Schwarz is an inventor of that disclosure in the ‘054 patent and not listed on the ‘310 patent, his contribution is “by another” and thus can count as 102(e) prior art.

Same Owner: The same-owner caveat on 102(e) is quite powerful. However, pre-AIA it only applied to limit the obviousness doctrine.  Here, the challenge is anticipation and so the reference counts as prior art.

The result here is that the earlier application counts as prior art — as such, Federal Circuit reversed the PTAB decision and remanded for a finding that the claims should be cancelled.

Note here that these details have been substantially changed by the America Invents Act. Under the new law, the same-company exception applies for both obviousness and anticipation. Thus, this case would have a different outcome.

In addition, the “by another” language was removed and replaced with “names another inventor.”  I don’t believe that this second language actually changes the law.

The result here is that the ‘310 patent is invalid, but the ‘054 patent remains strong and at least some of its claims appear infringed.

27 thoughts on “Self-Harm: Company’s own 102(e) prior art Cancels the Patent”