The following comes directly from the USPTO:

On February 11, 2019, the USPTO released “Progress and Potential: A profile of women inventors on U.S. patents,” a report on the trends and characteristics of U.S. women inventors named on U.S. patents granted from 1976 through 2016. The report shows that women still comprise a small minority of patent inventors. Further, it highlights the untapped potential of women to spur U.S. innovation. Women, like other under-represented groups, are among the “lost Einsteins”—people who may contribute valuable inventions had they been exposed to innovation1 and had greater access to the patent system. 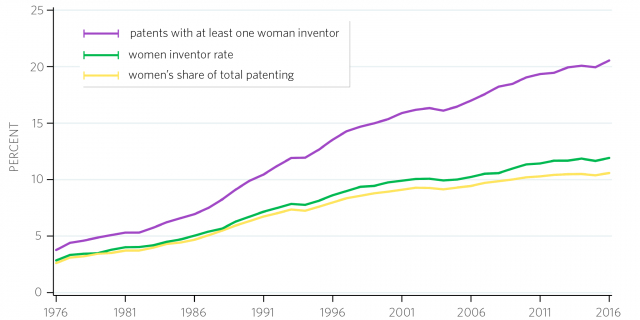 32 thoughts on “Progress and Potential: A profile of women inventors on U.S. patents”