This case is fairly silly – The claims at issue cover a hooded blanket and stuffed toy combination — found invalid reexamination. On appeal, the patentee argued that the PTAB had conducted an improper claim construction that “equated a monkey with the claimed hood.”

Unlike the present invention, however, Katz’s hooded jacket includes a stuffed monkey attached to, or forming, the back portion of the hood. . . .

Invalidity affirmed on appeal (R.36).  Images from the invalidated patent and the key prior art (Katz) are shown below. 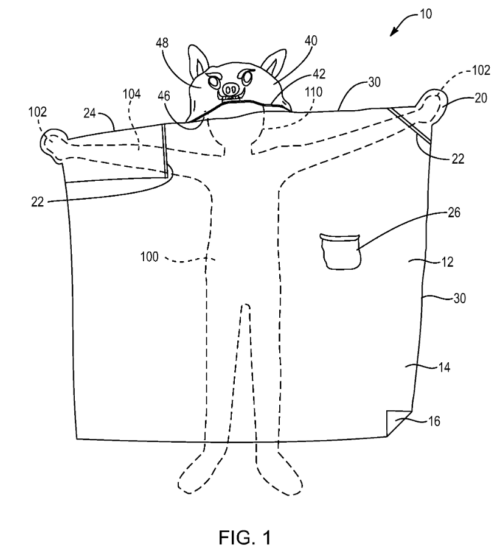 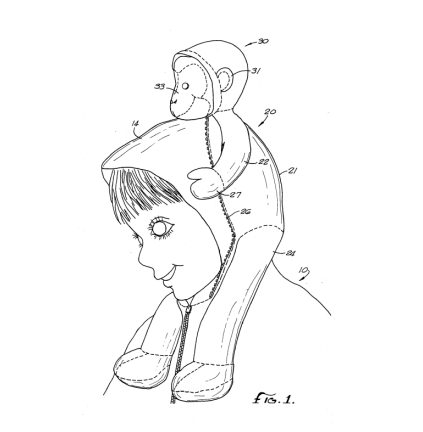 Yes, I am aware that this case – especially as whimsically presented here – pushes against my call for the Federal Circuit to actually write opinions. The PTAB decision is based upon anticipation, and the patentee provided a series of explanations regarding the distinction between its claims and the single prior art reference. I suspect that the Federal Circuit would actually have a difficult time penning the anticipation case even here.