Car manufacturers regularly use design patents to control the repair marketplace.  In this case, Ford accused members of the ABPA of infringing its U.S. Patent No. D489,299 (F150 truck hood) and U.S. Patent No. D501,685 (F150 headlamp) and APBA responded with a declaratory judgment lawsuit — arguing that the patented designs are functional rather than ornamental and therefore invalid. 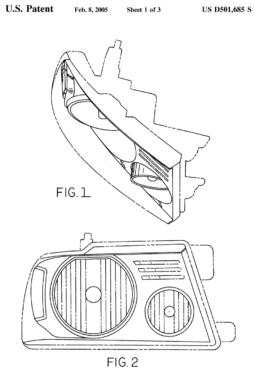 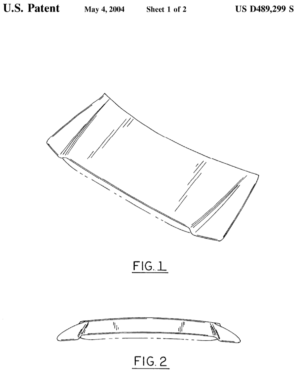 A design patent must be directed to an “ornamental design for an article of
manufacture” and not one “dictated by function.”  High Point Design LLC v.
Buyers Direct, Inc., 730 F.3d 1301, 1315 (Fed. Cir. 2013) (interpreting 35 U.S.C. § 171(a)).   Although the article of manufacture itself is typically functional, the design itself may not be “primarily functional.”

The Federal Circuit has applied a multi-factor approach that basically asks whether the claimed design is “essential to the use of the article.” Factors:

ABPA’s argument here is that anyone repairing a damaged F150 truck will want replacement parts that match the original design.  In particular, APBA “argues
that Ford’s hood and headlamp designs are functional because they aesthetically match the F-150 truck.”  On appeal, the Federal Circuit rejected this theory of functionality: “the aesthetic appeal of a design to consumers is inadequate to render that design functional” —  “even in this context of a consumer preference for a particular design to match other parts of a whole.”  According to the court, market advantage via aesthetic appeal is the exact type of market advantage that design patents are supposed to provide.

The holding here gives a powerful nod of approval to the already rampant use of design patents to lock-in consumers for repair parts and for manufacturers to use design patents to prohibit unauthorized interconnections.  In this form, the case sits closely alongside the Federal Circuit’s decision on Google v. Oracle that is pending certiorari before the Supreme Court.  The case also reaffirms the tradition that the functional limit in design patents is a very weak test — even weaker than that of copyright and trademark law.

Auto insurance companies have long lobbied congress to weaken design patent coverage on repair parts. This case may trigger a resurgence in that activity.  The case also suggests a potential marketplace for after-market parts that are slightly different from OEM but still functional.  I’d probably prefer an F150 that doesn’t look like the original.