This case stems from an opposition action filed by Hybrid against Hylete’s mark that is pending registration. The senior mark Hybrid is associated with two cross-fit style gyms in Connecticut (flipping tires and carrying boulders). Hylete sells athletic apparel. During the opposition though, Hybrid provided evidence of use of its mark on athletic apparel as well.

The Trademark Trial and Appeal Board (TTAB) sided with the senior mark (Hybrid) and determined that Hylete’s mark “would likely cause confusion with Hybrid’s previously used mark . . . on some of the same goods, namely jackets, shorts, and shirts.”

Proving Ownership before the TTAB: At summary judgment stage, the opposer (Hybrid) submitted copies of its mark registrations to the TTAB. However, Hybrid did not re-submit those copies at the trial stage.  Because of that failure, the TTAB ruled that Hybrid could not rely upon any of its registered marks in proving likelihood of confusion.

Accordingly, on this record, Opposer has not established that it is owner of any of the registrations mentioned in its brief. As a consequence, Opposer must prove and rely only on its pleaded prior common law rights in its H design mark for purposes of establishing a likelihood of confusion with Applicant’s H design mark.

Waiver: Although Hybrid was not able to rely upon its registered mark, the Board concluded that Hybrid also held common law rights in its mark and that Hylete’s mark was confusingly similar. 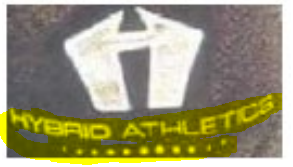 On appeal to the Federal Circuit, Hylete argued that Hybrid’s common law mark was different than the registered mark.  Namely, the common law mark is a composite that includes the trio shown above: (1) a stylized-H along with (2) the words “HYBRID ATHLETICS” and (3) a series of dots.  Hylete argued on appeal that the TTAB erred by failing to compare its mark with the whole of Hybrid’s usage.

Although this sounds like a potentially winning technical argument, the Federal Circuit refused to rule on the question — holding instead that the distinctions being raised here were new arguments “never raised before the Board and are therefore waived.”

Hybrid pleaded and put Hylete on notice of its claim to common law trademark rights from the initial filing of the Notice of Opposition and submitted evidence of its use of its mark on athletic apparel. Hylete could have raised the issue of Hybrid’s “composite common law mark” in the opposition proceedings or in the request for reconsideration but did not do so. Thus, none of the exceptional circumstances in which it is appropriate to consider arguments made for the first time on appeal are present here, and declining to consider Hylete’s new arguments does not result in injustice. See Golden Bridge, 527 F.3d at 1323. We hold that Hylete’s arguments based on Hybrid’s “composite common law mark” are raised for the first time on appeal and are therefore waived.

I don’t want to stir the pot too much, but to my eyes both the Hybrid and Hylete marks seem quite similar to the registered mark of Under Armour. 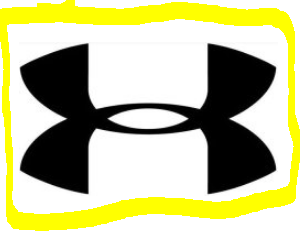 22 thoughts on “Confusing a Stylized H”