One of the more interesting pending cases before the U.S. Supreme Court has to do with the use of functional claim language at the point of novelty. Eli Lilly and Company v. Erfindergemeinschaft UroPep GbR (Supreme Court 2019).  The Supreme Court has discussed this issue in a series of important cases — albeit most recently in 1946.

The language of the claim thus describes this most crucial element in the “new” combination in terms of what it will do rather than in terms of its own physical characteristics or its arrangement in the new combination apparatus. We have held that a claim with such a description of a product is invalid as a violation of Rev. Stat. 4888 [“he shall particularly point out and distinctly claim the part, improvement, or combination which he claims as his invention or discovery.”]

Halliburton. The Supreme Court had previously held claims invalid that use “conveniently functional language at the exact point of novelty.”  Gen. Electric Co. v. Wabash Co., 304 U.S. 364 (1938).  The question in Halliburton was whether this patenting-bar applied to claims directed to a combination of elements.  Question as presented in Halliburton:

Is the doctrine of the case of General Electric Co. v. Wabash Appliance Corp., 304 U. S. 364, condemning the use of indefinite and functional language at the exact point of novelty in a claim of a patent, applicable to a claim on a combination of elements, or should the doctrine be limited as held by the Ninth Circuit Court of Appeals, to a claim on a “single element” or “specific product”?

We understand that the Circuit Court of Appeals held that the same rigid standards of description required for product claims is not required for a combination patent embodying old elements only. We have a different view.

Id. Congress rejected Halliburton in the Patent Act of 1952 — allowing that “an element in a claim for a combination may be expressed as a means or step for performing a specified function without the recital of structure, material, or acts in support thereof…” 35 U.S.C. 112.

The 1952 Patent Act expressly allows focused on changing the standard for combination patents, but does not seemingly apply to a claim for a single element.  One interpretation of the section 112(f) is that it reinstates the 9th Circuit holding in Halliburton distinguishing the GE case:

[Petitioner] assumes that the court … failed to consider … General Electric Co. v. Wabash Appliance Corporation, 304 U.S. 364. . . . Halliburton is mistaken. In the General Electric case the claim considered was not one for a combination of elements, but a claim for a single element.

25. A filament for electric incandescent lamps or other devices, composed substantially of tungsten and made up mainly of a number of comparatively large grains of such size and contour as to prevent substantial sagging and offsetting during a normal or commercially useful life for such a lamp or other device.

Patent 1,082,933 (claims 26 & 27 were also invalidated).  In invalidating the claims, the court explained that it had no need to consider whether the claim was anticipated. “The claim is invalid on its face. It fails to make a disclosure sufficiently definite.”

The claim uses indeterminate adjectives which describe the function of the grains to the exclusion of any structural definition, and thus falls within the condemnation of the doctrine that a patentee may not broaden his product claims by describing the product in terms of function. Claim 25 vividly illustrates the vice of a description in terms of function. ‘As a description of the invention, it is insufficient, and, if allowed, would extend the monopoly beyond the invention.’

The Supreme Court agreed that the claim was not “wholly functional” and doubted such a limit would be “ever true. Still, the GE court saw the problem here the inventor’s use of “conveniently functional language at the exact point of novelty.”

A limited use of terms of effect or result, which accurately define the essential qualities of a product to one skilled in the art, may in some instances be permissible and even desirable, but a characteristic essential to novelty may not be distinguished from the old art solely by its tendency to remedy the problems in the art met by the patent. 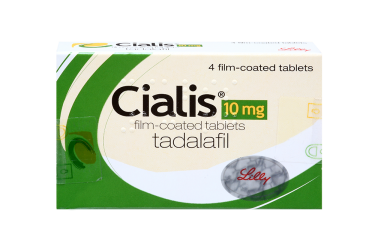 In Lilly, the question focuses on the impact Section 112 with regards to non-combination claims.

Whether a single-step patent claim that describes its point of novelty solely in functional terms violates the rule against functional claiming set forth in Halliburton Oil Well Cementing Co. v. Walker, 329 U.S. 1 (1946).

[Lilly petition]. The claim at issue is directed to a treatment for benign prostatic hyperplasia (prostate enlargement) by administering “an effective amount of an inhibitor of phosphodiesterase (PDE) V.” The claim also includes a group of compounds that might be inhibitors but that are not covered by the claim.  Lilly’s Cialis drug does serve the function of a PDE inhibitor, but Lilly argues that thousands of other drugs also fit the functional description.

The E.D. Tex. court hearing the case allowed it to go to a jury trial and confirmed the jury verdict of infringement ($20 million damages). On appeal, the Federal Circuit affirmed without opinion. (R.36 Affirmance) .

Response: Uropep has now filed its brief in opposition to certiorari. The brief primarily focuses on disputes related to the patent and procedure — arguing (1) that its claim is structural (2) the issue was not properly preserved on appeal. Uropep rewrote the question as follows:

Whether a patent claim that the district court construed as structural—a conclusion that Petitioner did not challenge in its appeal—is valid under the Patent Act.

[Opposition Brief].  Still, the brief does get into the law and particularly argues that “there is no blanket rule against functional claiming” since Congress enacted Section 112. Note that Uropep had originally waived its right to file a brief, but the Supreme Court requested briefing on the case.

One way to think about this case is to look back onto the invalidated claim 25 in GE v. Walker and ask whether that claim would be patentable now. Or, is it unpatentable because the claim sets the “size and contour” of tungsten grains according to their functional limit — “as to prevent substantial sagging and offsetting during a normal or commercially useful life for such a lamp or other device.”

An interesting aspect of this case is how it relates to patent eligibility.  The patentees here appear to have been the first to discover the general concept that PDE V inhibitors can serve as a treatment for benign prostatic hyperplasia. That general discovery itself is an unpatentable aspect of how the human body works — what the Supreme Court calls a Law of Nature.  As such, the patentee looked to find the broadest application of the general law — administering a PDE V inhibitor in an amount effective to treat.  In its briefing, the patentee Uropep suggests that there might have been an eligibility argument in this case, but it was waived by Lilly.

99 thoughts on “Supreme Court: What is the Role of Functional Claim Limitations?”