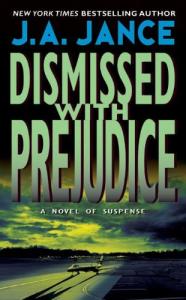 In 2012 B.E. Sued Facebook for infringing the claims of its U.S. Patent 6,628,314. In 2013, the district court stayed the litigation pending inter partes review.  The IPR proceedings ended in 2015 with a finding that the claims were unpatentable and the Federal Circuit affirmed that decision on appeal in 2016.

Back at the district court, Facebook requested judgment on the pleadings in its favor and with prejudice while B.E. argued that the case should be dismissed for as moot rather than decided on the merits. The district court agreed with the patentee — once the claims were cancelled the lawsuit was moot and had to be dismissed for lack of jurisdiction.

Costs to Prevailing Party: Under the Rules of Civil Procedure, “costs” are generally awarded to the prevailing party.

Unless a federal statute, these rules, or a court order provides otherwise, costs—other than attorney’s fees—should be allowed to the prevailing party.

On appeal B.E. argued that there is no prevailing party when a case is dismissed as moot. The Federal Circuit has rejected that argument:

We agree with Facebook that it is the prevailing party.

Here, it is clear that FB “rebuffed” the patentee’s claims and effectively prevailed in the lawsuit.  However, the patentee has an important Supreme Court case on its side:  Buckhannon Bd. & Care Home, Inc. v. W. Va. Dep’t of Health & Human Res., 532 U.S. 598 (2001).   In Buckhannon, the Supreme Court explained:

Numerous federal statutes allow courts to award attorney’s fees and costs to the “prevailing party.” The question presented here is whether this term includes a party that has failed to secure a judgment on the merits or a court-ordered consent decree, but has nonetheless achieved the desired result because the lawsuit brought about a voluntary change in the defendant’s conduct. We hold that it does not. . . . [Rather, a] “prevailing party” is one who has been awarded some relief by a court.

Although Buckhannon strongly favor’s the patentee in this case, it is not the only Supreme Court case on the topic — and conflicts fairly directly with the Supreme Court’s later decision in CRST Van Expedited, Inc. v. E.E.O.C., 136 S. Ct. 1642 (2016).  In CRST, the plaintiff’s employment discrimination case was dismissed because the plaintiff (EEOC) had failed to meet presuit obligations of fully investigating claims and attempting to resolve the claims.  In its decision, the Supreme Court held that the defendant could be deemed a “prevailing party” since the defendant “fulfilled its primary objective” of rebuffing the plaintiff’s case. A “defendant may prevail even if the court’s final judgment rejects the plaintiff’s claim for a nonmerits reason.”

Here, the Federal Circuit extended CRST — holding that Facebook is clearly the prevailing party here even though the case was dismissal for mootness:

As the district court held, Facebook obtained the outcome it sought via the mootness dismissal; it rebuffed B.E.’s attempt to alter the parties’ legal relationship in an infringement suit. This is true even though the mootness decision was made possible by a winning a battle on the merits before the PTO.

Here, the Federal Circuit does not appear to be holding that there will always be a prevailing party when a case is dismissed as moot.  Rather, B.E. v. Facebook is a special case involving the parallel inter partes review proceedings.  What the court recognized effectively is that IPR proceedings are now part and parcel of the infringement litigation process and should be treated as such.  This is one further step toward attuning the system so that the various tribunals are all playing by the same rules.