It is a bit chilly here in Missouri and so I wore my Seirus gloves that I purchased after the last-time I wrote about this case. 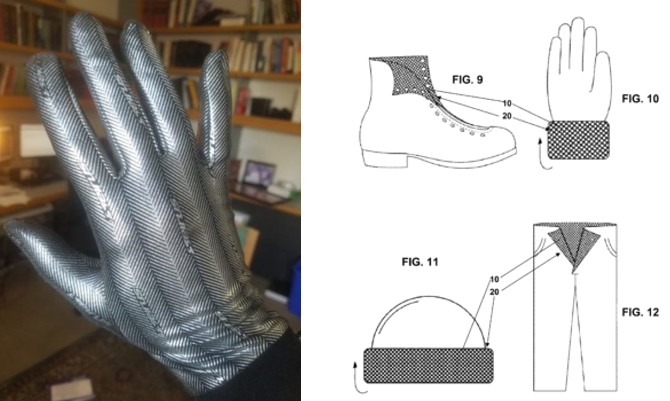 Note here that my gloves are the cheap liners, the lawsuit focuses more on the expensive gloves and clothing that have the heat-reflective material on the inner liner. My gloves also show a different pattern than the original accused HeatWave product.

The ‘093 design patent is directed to a “heat reflective material” as shown in the drawing above.  Columbia won its design patent case on summary judgment and then a jury awarded $3 million in damages.  On appeal, the Federal Circuit has vacated the summary judgment — holding that the district court improperly decided disputed issues of material fact reserved for a jury.

Design patent infringement is a question of fact. . . . The “ordinary observer” test is the sole test for determining whether a design patent has been infringed. Egyptian Goddess (Fed. Cir. 2008) (en banc). The test originates from the Supreme Court’s Gorham decision, which provides that “if, in the eye of an ordinary observer, giving such attention as a purchaser usually gives, two designs are substantially the same, if the resemblance is such as to deceive such an observer, inducing him to purchase one supposing it to be the other, the first one patented is infringed by the other.” Gorham Co. v. White, 81 U.S. 511, 528 (1871)). . . . The ordinary observer is considered to be familiar with prior art designs, and “[w]hen the differences between the claimed and accused designs are viewed in light of the prior art, the attention of the hypothetical ordinary observer may be drawn to those aspects of the claimed design that differ from the prior art.” Crocs (Fed. Cir. 2010).

Seirus’ key argument here is that the location of its logo, coupled with differences in line thicknesses and uniformity raise questions of fact sufficient to get the case to the jury — so that a reasonable juror could find no infringement.  The district court disagreed with that argument — finding that  “even the most discerning customer would be hard pressed to notice the differences between Seirus’s HeatWave design and Columbia’s patented design.”

On appeal, the Federal Circuit has sided with the adjudged infringer holding that the logo should be considered as part of the non-infringement analysis. In L.A. Gear, Inc. v. Thom McAn Shoe Co., 988 F.2d 1117, 1125 (Fed.Cir.1993), the Federal Circuit wrote that “[d]esign patent infringement … does not … allow of avoidance of infringement by labelling.” That decision led the district court here to come to the conclusion that it is “well-settled that a defendant cannot avoid infringement by merely affixing its logo to an otherwise infringing design.”

On appeal, the Federal Circuit instead distinguished L.A. Gear.

In evaluating infringement there, we explained [In L.A. Gear] that design infringement is not avoided “by labelling.” A would-be infringer should not escape liability for design patent infringement if a design is copied but labeled with its name. But L.A. Gear does not prohibit the fact finder from considering an ornamental logo, its placement, and its appearance as one among other potential differences between
a patented design and an accused one. Indeed, the fact finder is tasked with determining whether an ordinary observer would find the “effect of the whole design substantially the same.”

Regarding wave thickness, the district court held that thickness was not claimed in the patent. Obviously wrong because everything in the drawing is claimed.

[T]he claim of the ’093 patent is drawn to the “ornamental design of a heat reflective material as shown and described,” and Columbia’s design has uniform line thickness in every figure in the patent.

Slip Op. Note here that the district court cited to several decisions holding finding that design patents were not limited to “any particular size” and thus, for instance could simultaneously cover both a motorcycle for humans and one for Ralph the Mouse. 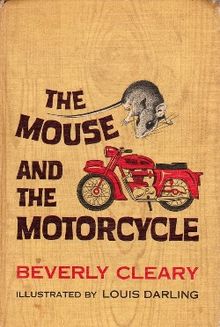 Those precedents didn’t fit here because we’re not talking about the overall sizing but rather relative sizing and uniformity.

Finally, the district court also noted several other differences between the patent and the accused product, but found them each minor. On appeal, the Federal Circuit found the approach improperly piecemeal and did not properly consider overall visual impression.

[T]he district court’s piecemeal approach, considering only if design elements independently affect the overall visual impression that the designs are similar, is at odds with our case law requiring the factfinder to analyze the design as a whole. See Amini Innovation Corp. v. Anthony Cal., Inc., 439 F.3d 1365, 1372 (Fed. Cir. 2006). An ordinary observer is deceived by an infringing design as a result of “similarities in the overall design, not of similarities in ornamental features considered in isolation.” Id.

Slip Op.  Thus, the case is remanded and will now likely go to a jury trial.

In the appeal, the defendant also argued that profit disgorgement under 25 U.S.C. § 289 should be determined by a judge rather than a jury.  The Federal Circuit noted that to be an important question, but did not reach it on appeal after having already vacated the infringement findings.

Note here that the ornamental design is directed to a heat reflective material -getting close to a design in the abstract. See Curver Luxembourg, SARL v. Home Expressions Inc. (Fed. Cir. 2019).

Utility patent — the jury found asserted utility patent claims invalid as both anticipated and obvious. On appeal, Columbia argued that the obviousness evidence lacked “competent expert testimony” that the Federal Circuit has previously required in complex cases to explain the prior art to a jury. On appeal, the court ruled that the invention here was simple enough so that expert explanations were not required:

[W]e are not persuaded that the legal determination of obviousness in this case requires such evidence. The technology here—coated materials for cold weather and outdoor products—is “easily understandable without the need for expert explanatory testimony.”  Quoting Perfect Web Techs., Inc. v. InfoUSA, Inc., 587 F.3d 1324 (Fed. Cir. 2009) and Centricut, LLC v. Esab Grp., Inc., 390 F.3d 1361 (Fed. Cir. 2004)). . . . There is no discussion of thermodynamics or the mechanism that yields the claimed material’s heat retentive properties in the patent. Thus, given the patent and references’ general, easily understood language, this is not a case that requires expert explanation.

Venue: The venue setup for this case was interesting.  It was originally filed in Oregon and then was transferred to California following T.C. Heartland.  Since the case was already far-along in the litigation process (post summary judgment), Judge Hernandez who handled the case in Oregon also got himself temporarily assigned to the case in California and ran the trial from there.  On appeal, Columbia argued that the transfer was improper because Seirus had waived its venue argument. However, the Federal Circuit found no problem — holding that the district court did not abuse its discretion in excusing Seirus’s waiver of its venue defense.