This is an important case invalidating provisions of an employment agreement based upon California Law. Alleshouse left his former employer Wave Loch (predecessor to Whitewater) and started working on inventions for his new venture the very next day. Within two months he (along with his partner Yeh) had filed a set of provisional patent applications at issue in this case.  Whitewater then sued, arguing that the employment contract included rights over post-employment inventions.

a. Assignment: Employee agrees that all right, title and interest in all inventions … that Employee conceives or hereafter may make or conceive …

(a) with the use of Company’s time, materials, or facilities; or (b) resulting from or suggested by Employee’s work for Company; or (c) in any way connected to any subject matter within the existing or contemplated business of Company

shall automatically be deemed to become the property of Company as soon as made or conceived, and Employee agrees to assign to Company, its successors, assigns, or nominees, all of Employee’s rights and interests in said inventions, improvements, and developments in all countries worldwide. Employee’s obligation to assign the rights to such inventions shall survive the discontinuance or termination of this Agreement for any reason.

Prong (c) from the contract is at issue that requires Alleshouse to assign any invention connected with the business of Wave-Loch — apparently reaching indefinitely into the future.  It just so happens that Wave-Loch makes wave-riding attractions, and that is also the subject of Alleshouse inventions here. So the patents fall squarely within the express and literal terms of the contract. 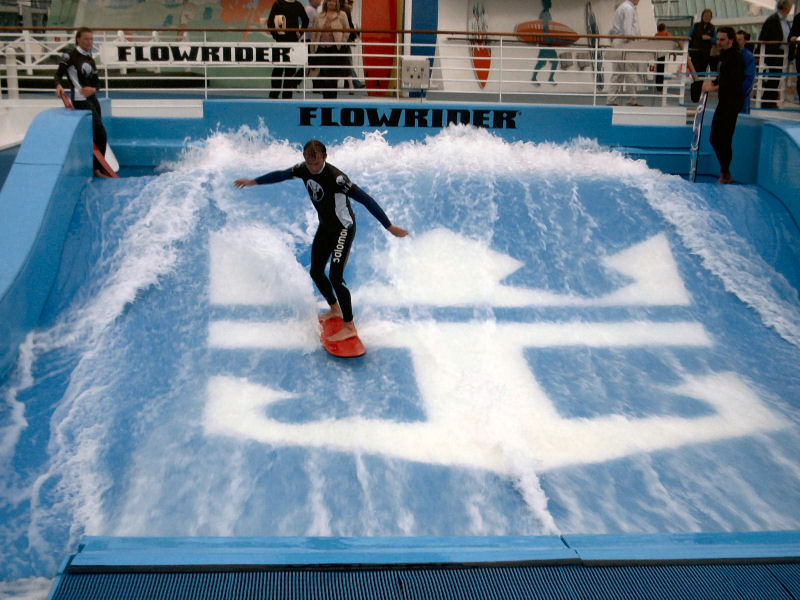 On appeal, the court looked to § 16600 of the California Business and Professions Code.

Except as provided in this chapter, every contract by which anyone is restrained from engaging in a lawful profession, trade, or business of any kind is to that extent void.

The provision voids any contract that restrains anyone from engaging in a lawful profession or trade. Here, the Federal Circuit found that the assignment provision reaching indefinitely into the future would have “a broad restraining effect” because it would prevent Alleshouse from working effectively in the field for any other company.

The Federal Circuit cited to a number of prior district court decisions confirming “that invention-assignment provisions that go beyond protection of proprietary information and ensnare post-employment inventions are to be judged under the strict § 16600 standards that protect former employees.”  The court also cited older cases that discuss these same issues. See, e.g., Standard Plunger Elevator Co. v. Stokes, 212 F. 893, 896 (2d Cir. 1914); and Guth v. Minnesota Min. & Mfg. Co., 72 F.2d 385 (7th Cir. 1934) (improper to force someone to “turn over the children of his inventive genius” conceived after employment).

The weak point: The baseline here is that the court found that this assignment agreement to be void. The weak point of the Federal Circuit’s decision is that it is seemingly contrary to its own prior express statement that “section 16600 [applies] to employment restrictions on departing employees, not to patent assignments.” Board of Trustees of the Leland Stanford Junior University v. Roche Molecular Systems, Inc., 583 F.3d 832, 837 (Fed. Cir. 2009), aff’d on other grounds, 563 U.S. 776 (2011).  On appeal here, the court attempted to skirt that statement by interpret interpret as only applying to assignment agreements that were not themselves driven by employment agreements, even though that caveat is not found in the decision.

Alleshouse was Represented by Manuel de la Cerra with Rick Taché on the other side.