The Federal Circuit’s first decision of 2021 comes as a boring 5-page non-precedential opinion upholding a PTAB Final Written Decision that Promptu’s claims had not been proven invalid.  Love it! 💓💓🌼🌼🌼.

Promptu’s U.S. Patent No. 7,260,538 claims voice-recognition processing using a cable-TV remote-control but processed server-side (cable head-end unit).  The chart below shows the communications pathway from the Remote Control via the Set-Top Box then to the Cable Company’s Head-End Unit where the speech processing actually occurs. 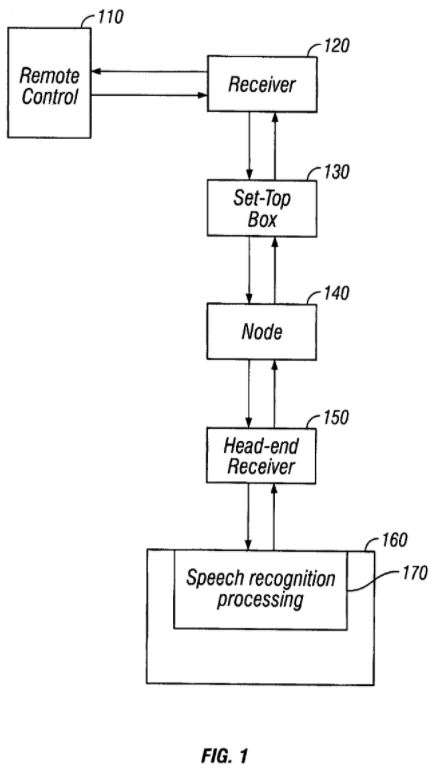 The cited prior art was quite similar in that it allowed speech processing via the remote.  However, the key difference appears to be the content of the messages. In particular, the invention here focused on receiving “command functions” that control the set-top box while the prior art involved accessing information over the network and causing actions at the server.  That difference was sufficient to win the day for the patentee.

Comcast raises a panoply of arguments challenging the Board’s final-written decisions. Primarily, it claims the Board erred by rejecting its construction of “command function” as overly broad and by finding no motivation to combine Houser with the primary references. We do not agree.

In a separate opinion, the Federal Circuit vacated-in-part another Comcast vs Promptu case — this one involving Promptu’s U.S. Patent No. 7,047,196. [Decision]  The court found that the PTAB had too-narrowly construed the claim term “received back channel.”

2 thoughts on “Easing into 2021 with PTAB Affirmance”