If you have driven on American highways, then you have seen semi-tractor-trailers with the under-body aerodynamic skirt.  I was viscerally disappointed when these first came-out because I have a movie scene lodged in my childhood memory of a Lamborghini driver hiding from the police by driving under a trailer. (Cannonball Run?).  I’m over that now.  These things are super cool. 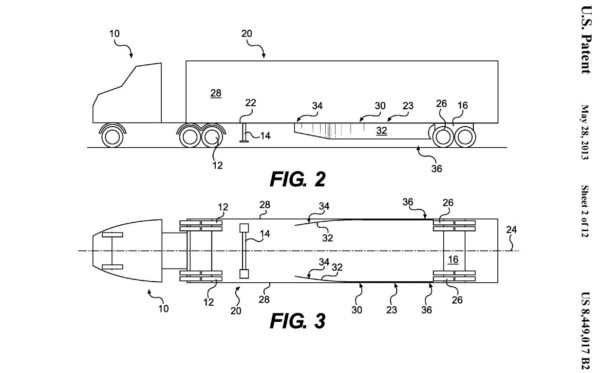 The patent here covers a “resilient strut” that holds the skirt in place. I guess its like a petticoat.  The basic problem the inventors faced was that rocks and other solid objects would hit the skirt and bend them out of shape.  The resilient strut allows the skirt to deflect and then to bounce back.  Figure 4 below shows one configuration of the strut. 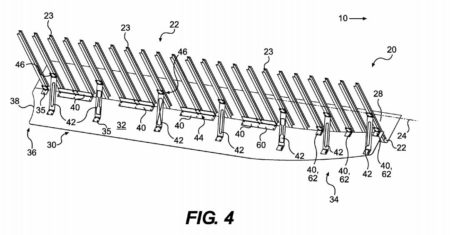 Trasntex sued Laydon and WABCO for patent infringement, and each responded with a petition for inter partes review. The PTAB reached a final decision with a split result:

Both sides appealed and the Federal Circuit has affirmed “in all respects.”

The basic issue for the patentee is that the broadest claims do not include any structural requirements for the resilient strut except that it includes “a longitudinal shape variation.” Rather, the limits are stated in functional form:

This made somewhat easy work for the PTO, although it had to combine one reference focusing on flexible trailer skirts with another reference disclosing a resilient strut holding an air-scoop that goes on the back of a trailer. (Diagram below). 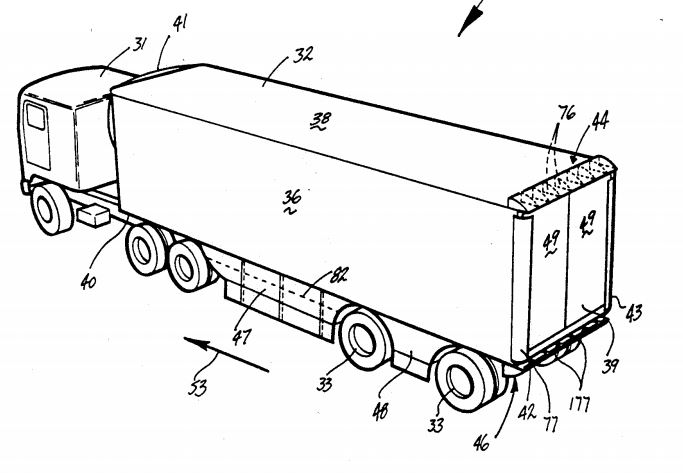 The valid claims were different because they include particular limitations requiring a “‘U’ shaped section” or “concave portions” which was not shown in the prior art asserted in the IPR. The challengers argued for a particular font where the U was more open-box shaped because that was shown in one of the references, but neither the PTAB or Federal Circuit found the arc compelling.

3 thoughts on “A Resilient Petticoat”