The pending Supreme Court case of Warsaw v. Sasso offers an interesting question about whether there is actually some middle ground of patent-related cases subject to dual Federal and State jurisdiction. 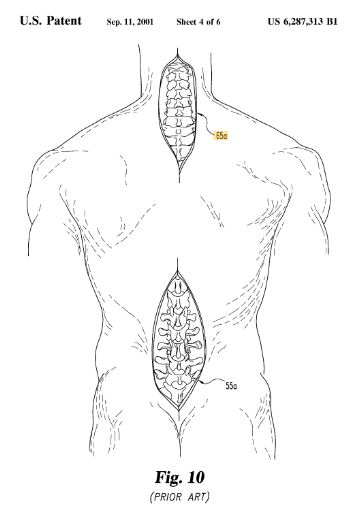 Lots of work over the years has gone into determining whether a particular cause of action meets the arising under requirement of these provisions. See, for example, Gunn v. Minton, 568 U.S. 251 (2013) (patent litigation attorney malpractice lawsuit does not arise under the Patent Act).  You’ll note here that the term “arising under” comes from the U.S. Constitution:

The judicial power [of US Courts] shall extend to all cases, in law and equity, arising under this Constitution, the laws of the United States …

U.S. Const. Art. III, Section 2.  The Supreme Court has repeatedly found this clause to also limit jurisdiction — cases that do fit one of the enumerated frames cannot be heard by US Courts.  An example is a breach of contract dispute between two parties from the same U.S. state.  That case will typically arise under state law and thus not be the subject of a Federal lawsuit — barred by the US Constitution.  Some contract cases to wind their way into federal courts — typically under a principle of citizenship diversity or supplemental jurisdiction.

The most recent dispute on point is Warsaw v. Sasso (Supreme Court 2021).  The case adds an important layer: the doctrine of abstention.

Sasso licensed his patents to Warsaw (Medtronic).  The parties had a dispute over which products were covered under the license, and Sasso sued in Indiana state court for breach of contract (seeking money damages).   The outcome of the contract claim (apparently) largely depends upon whether the products are “covered by a valid claim” of one of Sasso’s patents.   So, there probably should have been some detailed patent analysis in the case.

Medtronic wanted the case in Federal Court where it could use more sophisticated tactics to invalidate the patent or avoid claim scope.  Medtronic first attempted to remove the case to Federal Court.  However, the Federal Judge remanded it back down. Sasso v. Warsaw Orthopedic, Inc., No. 3:13-cv-1031 (N.D. Ind. Apr. 2, 2014). Then, Medtronic filed for reexamination and a number of claims were cancelled. (Note here, that at this time Medtronic was owner of the patents and pursued ex parte reexamination as a “friendly” way to limit claim scope.)  The state court apparently refused to consider these validity issues in the contract case.

Finally, Medtronic filed a declaratory judgment action in Federal Court — asking for a declaration of “No Breach … Because No Valid Claim of the ‘313 or ‘046 Patent Covers the Medtronic Products for Which Dr. Sasso Seeks Royalties.”  The district court refused to hear the case — but rather dismissed the case on grounds of abstention.

Discretion under the DJ Act: In particular, the declaratory judgment act offers discretionary jurisdiction: “any court of the United States, upon the filing of an appropriate pleading, may declare the rights and other legal relations of any interested party seeking such declaration.” 28 U.S.C. § 2201.  On appeal, the Federal Circuit affirmed that the court acted appropriately. See Wilton v. Seven Falls Co., 515 U.S. 277, 286 (1995) (“substantial discretion in deciding whether to declare the rights of litigants”).

To be clear, in its decision, the Federal Circuit found that the DJ action filed by Medtronic did arise under the patent laws, but that it was still appropriate to dismiss the case in favor of the state court action.  “[T]his declaratory action is within the district court’s jurisdictional authority, and we have jurisdiction to receive this appeal and to determine whether the district court abused its discretion in abstaining from exercise of declaratory jurisdiction.”

The outcome though creates a conundrum: If the Federal Courts have exclusive jurisdiction over patent cases, how can a court determine that this is a patent case but still remand it for state court determination?

Now come the petition for writ of certiorari on the following question:

[Warsaw Petition for Writ of Certiorari].   Although this appears to be a case of first impression, Warsaw grounds its petition in the language of prior abstention cases. In particular, a key focus in those cases is whether the dispute “can better be settled in the proceeding pending in the state court.”  Wilton. Here, Warsaw argues, the state is actually precluded from deciding the key issues.

Middle Ground Overlap: The statutes are worded in a way creates bright-line rules: Federal courts have exclusive authority over cases arising under the patent laws; Federal courts have no authority over patent-related disputes that don’t meet that threshold (absent other justification for Fed. Ct. Jurisdiction).  The appellate decision in this case though appears to present a middle ground — cases where dual Federal/State authority is appropriate.  Although this result is perhaps surprising, there is nothing Constitutionally troubling about dual jurisdiction.  At the same time, the answer will almost necessarily come from analyzing and interpreting the Constitution.

Note: Justice Barrett may end up recusing herself. Her husband at one time represented Warsaw in the case . 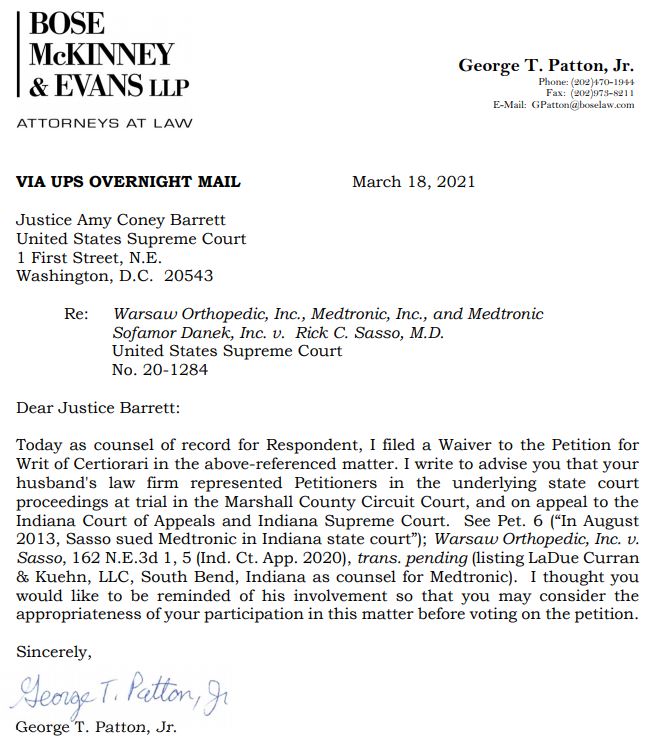 7 thoughts on “Exclusive: You keep using that word; I don’t think you know what it means.”