The vast majority of US non-provisional patent applications (utility) claim some form of priority relationship back to a previously filed patent document.

Notes. (1) the population here is limited to only published patent applications, and the data-point is the priority claim as of its publication date. (2) You can see the data here: Link to Google Sheets. 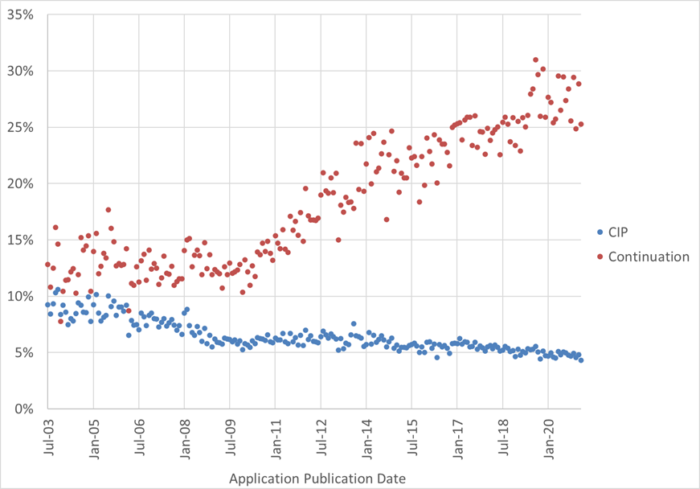 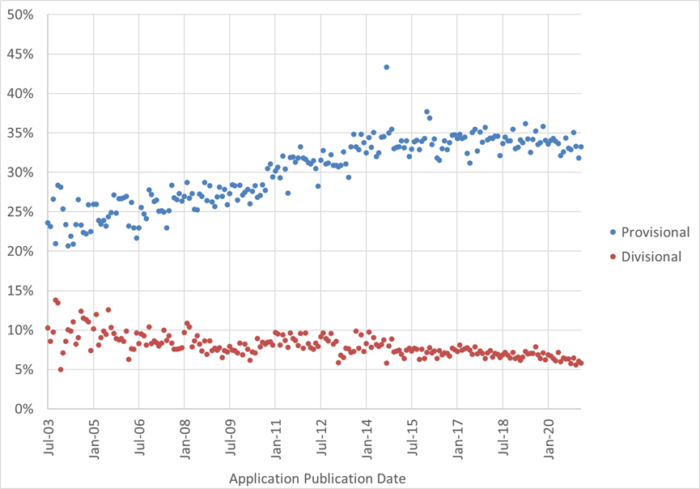 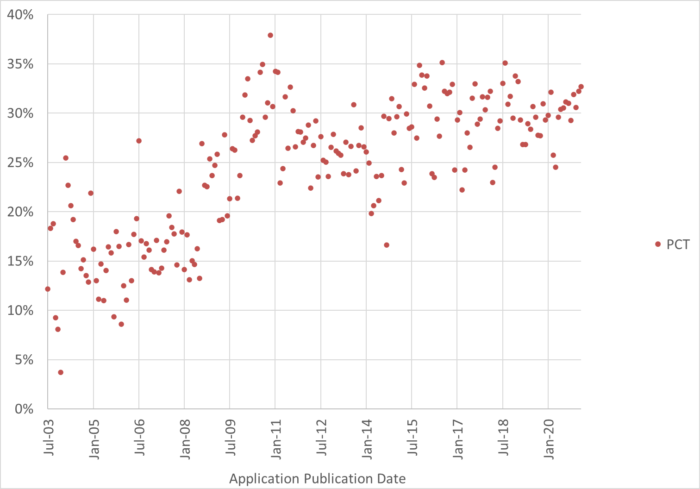 13 thoughts on “Priority Claims in US Applications”