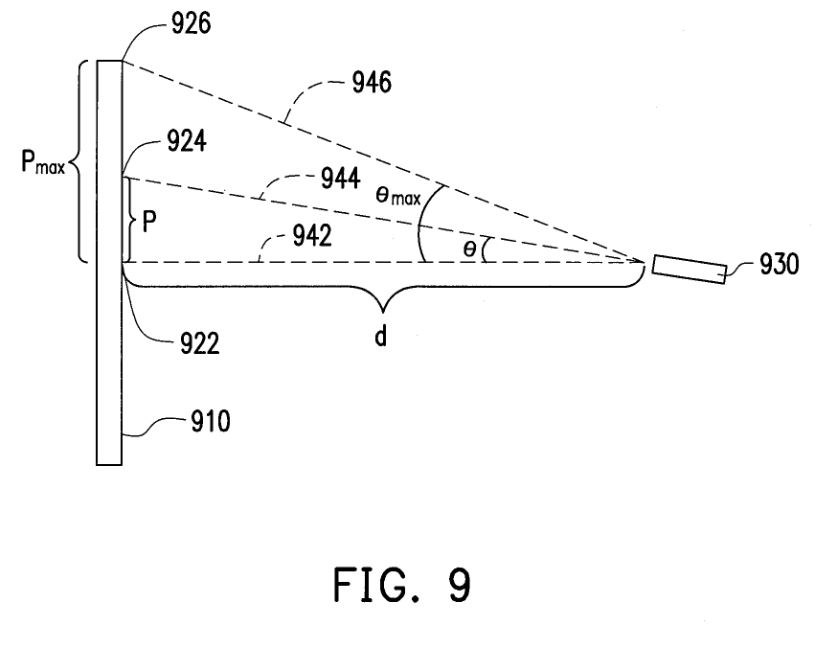 Real Party in Interest: The patentee argued that Google did not disclose all real parties in interest as required by statute 35 U.S.C. § 312(a)(2).  On appeal, the Federal Circuit held that institution stage real-party-in-interest questions are institution related and thus is not reviewable under the no-appeal provision of 35 U.S.C. § 314(d).  This issue was previously decided in ESIP Series 2, LLC v. Puzhen Life USA, LLC, 958 F.3d 1378 (Fed. Cir. 2020).   One difference here from ESIP is that the challenge was not raised to the institution decision itself, but rather as part of a post-institution motion to terminate based upon newly discovered evidence.  On appeal though, the Federal Circuit found the new motion equivalent to a request to reconsider the institution.  The court also held that the Board’s refusal to allow ESIP additional discovery was “similarly unreviewable” because the discovery ruling is tightly associated with the institution decision.

The court did not delve into the RPI issue, but CyWee was complaining about a coordinated effort by defendants in the district court litigation (including Samsung and Google) to ensure that Backmann was only seen by the Board and not also by Judge Bryson who was sitting by designation in the district court.

Approximately one month after Google filed its IPR petitions, Samsung dropped Bachmann from its invalidity contentions in the Samsung Litigation. This is consistent with what appears to be a coordinated effort between Samsung and
Google to block consideration of Bachman in the Samsung Litigation before Judge Bryson. Due to Bachmann’s shortcomings, neither wanted a summary judgement decision issuing from the district court, as CyWee’s lawsuit against Samsung was speeding toward trial and would outpace the Google IPRs. Dropping Bachmann from the Samsung Litigation assured that it could be addressed solely by the Board. This plan became more evident in January 2019 when, after the Google IPRs had been filed, Samsung moved to join the Google IPRs, thereby resurrecting its ability to rely on the Bachmann.

The PTAB concluded that this timing alone was not sufficient to find Samsung to be a Real Party in Interest and likewise found no RPI even though Samsung was being accused of infringement based upon its use of Google’s Android product.  In its decision, the PTAB noted that the fact that Patent Owner had sued each company separately, in a separate lawsuit, also provided evidence that they are not real parties in interest. (I’d call this final conclusion quite tenuous).

Appointments Violation: The patentee raised an appointments clause issue, that was rejected under Arthrex (Fed. Cir. 2019). In particular, the Federal Circuit’s Arthrex decision purported to cure all appointments clause issues for AIA Trials that had not yet reached a final written decision. It is possible that this issue will get new legs once the Supreme Court issues its opinion in the case.

Obviousness: On the merits of the obviousness case, the patentee argued that the key prior art reference was not “analogous art” and therefore could not be used for obviousness.  There are traditionally two ways to find a reference “analogous”:

The CyWee patents cover a “3D Pointing Device” that uses a particular comparison algorithm for improved error compensation.  The prior art (Bachmann, U.S. Patent No. 7,089,148), was created by the Navy and is directed to motion tracking of bodies. Thus, the PTAB found that it was not from the “same field or endeavor.” 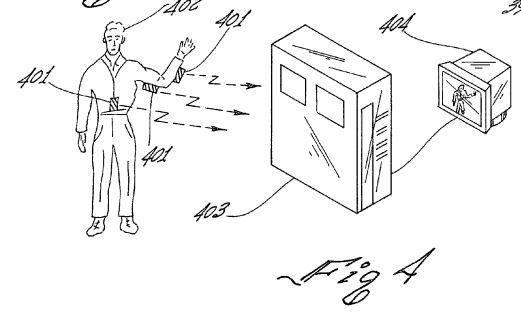 The PTAB did, however, conclude that Bachmann was “reasonably pertinent to the particular problem with which the inventor is involved.”  In particular, Bachman discloses a comparison algorithm for improved error compensation associated with the movements of a 3D pointing device.  Note here, if you look at the image above, you don’t see any “pointing”, but the Board broadly defined the term to include a device to “control actions on a display.” Thus, we have a reference addressing the particular problem addressed in CyWee’s patents — and thus it is analogous.  On appeal, the Federal Circuit affirmed on substantial evidence. (Analogous arts determination is a question of fact).

CyWee argued that there were too many differences between its invention and Bachmann to allow the reference to be considered analogous.  The Federal Circuit rejected that argument — holding that “a reference can be analogous art with respect to a patent even if there are significant differences between the two references.” Quoting Donner Tech., LLC v. Pro Stage Gear, LLC, 979 F.3d 1353 (Fed. Cir. 2020).

Note. Jay Kesan handled the appeal for the patentee; Matthew A. Smith for Google. 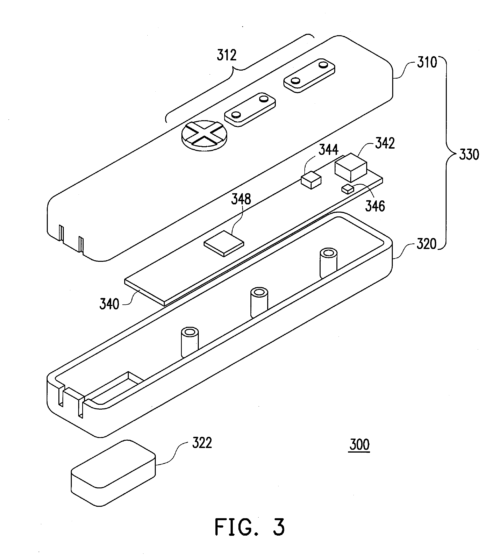 33 thoughts on “IPR Games: RPI; No Appeal; and Analogous Arts”