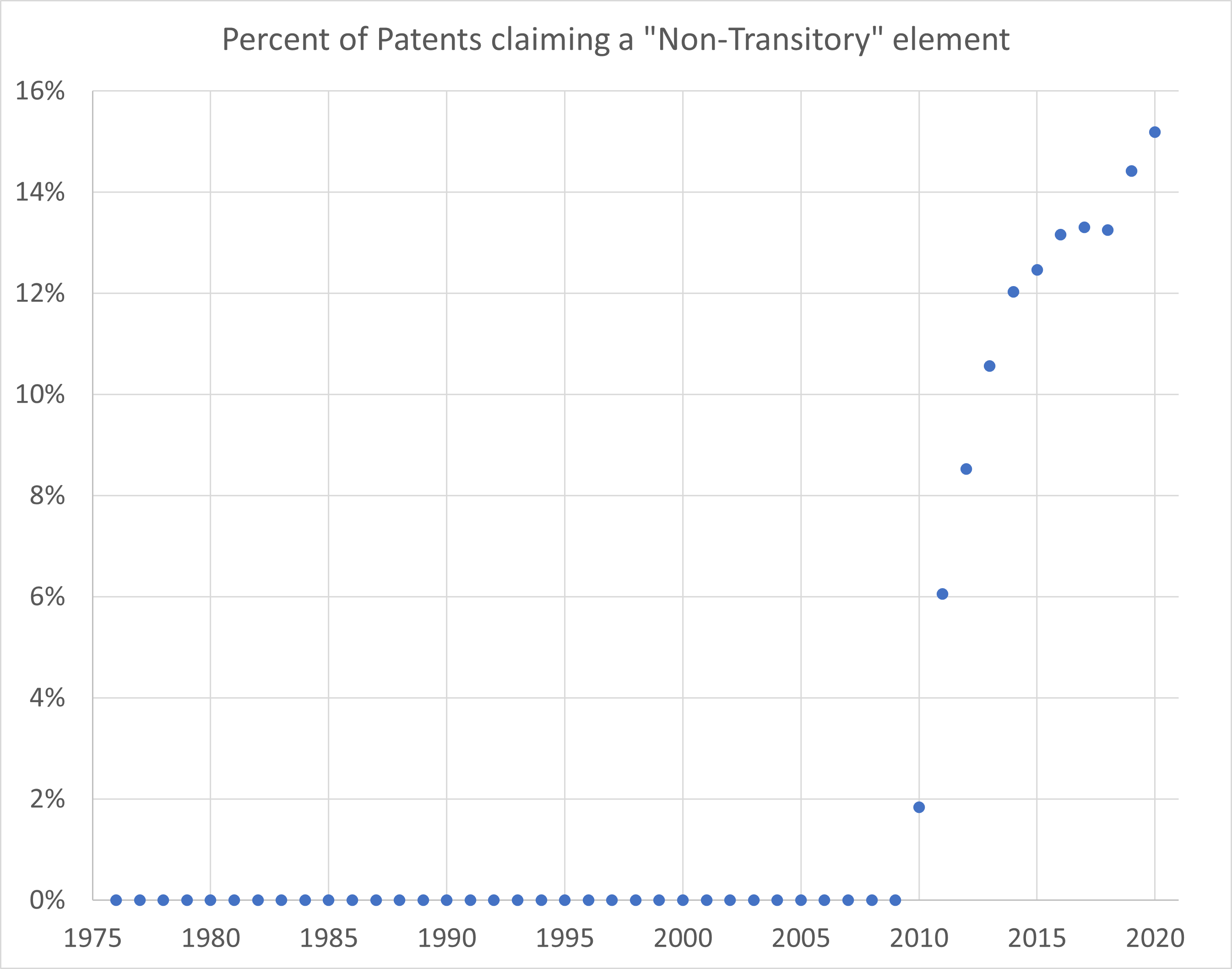 The (revised) chart above shows the percentage of issued utility patents whose claims include at least one reference to the term non-transitory.

The chart does not reflect any kind of innovation transformation.  Rather, in a February 2010 memo, PTO Dir. Kappos announced that claims directed toward information stored in computer readable memory would be rejected as ineligible under Section 101.

Note on the data:

In the vast majority of cases, only one of the independent claims uses the non-transitory language.  97% of the patents included at least one additional independent claim that does not use the language.  Are those claims directed to code-stored-on-a-disk valuable and important?