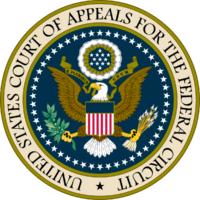 The Senate has confirmed Tiffany Cunningham, President Biden’s first pick for the Court of Appeals for the Federal Circuit.  Judge Cunningham is expected to be sworn in this week and immediately step into her new role (although the court typically slows down during August).  Judge Cunningham will be the first African American judge on the Federal Circuit. The vote was bipartisan, although 33 republicans voted NO, including my two senators (Josh Hawley and Roy Blunt).