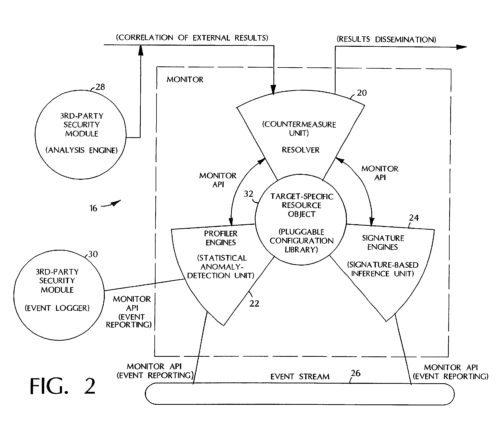 The basics here is that the jury originally sided with the patentee SRI over Cisco awarded $23 million in damages.  The jury also found the infringement willful. The district court then doubled the damage award in accordance with 35 U.S.C. § 284’s statement that “the court may increase the damages up to three times the amount found or assessed.”

That original decision was vacated by the Federal Circuit in a 2019 appeal.  The appellate panel included a few big statements.  The biggest of these was instructing the court to focus on whether the adjudged infringer’s “conduct rose to the level of wanton, malicious, and bad-faith behavior required for willful infringement.”  On remand, the district court took that statement as a mandate requiring “wanton, malicious, and bad-faith behavior” as a prerequisite to a willful infringement award.  That standard had not been met and so the district court refused to enhance damages.

On appeal the second time, the case returned to the same three-member panel (LOURIE, O’MALLEY, and STOLL) and the panel has written to “clarify that it was not our intent to create a heightened requirement for willful infringement.”  Rather, the court emphasized the actual standard that “willfulness requires a jury to find no more than deliberate or intentional infringement.”  Quoting Eko Brands, LLC v. Adrian Rivera Maynez Enters., Inc., 946 F.3d 1367 (Fed. Cir. 2020).  Note that that seeming heightened requirements will still be relevant as a district court determines the amount of enhanced damages to award following a jury finding of willfulness.

The appellate panel also affirmed the award of attorney fees as an “exceptional case” under Section 285.   In addition to the willfulness, the district court also found that Cisco’s litigation approach was unduly aggressive in a way that required excess work for both SRI and the Court.

There can be no doubt from even a cursory review of the record that Cisco pursued litigation about as aggressively as the court has seen in its judicial experience. While defending a client aggressively is understandable, if not laudable, in the case at bar, Cisco crossed the line in several regards.

Cisco’s litigation strategies . . . created a substantial amount of work for both SRI and the court, much of which work was needlessly  repetitive or irrelevant or frivolous. . . .

In the end, there was no abuse of discretion to find this case exceptional and award attorney fees.

* Note that in the original appeal the appellate panel drew a hard line against enhancement of damages that accrued prior to Cisco’s knowledge/disregard of the patents at issue.  It turns out that issue was not even up on appeal in the original case. The court now writes that “[t]he parties informed this court for the first time in this appeal that the district court’s award of double damages in SRI I applied only to damages for infringing activity after notice was given to Cisco.”