In Design Patent Law’s Identity Crisis, presented at the Berkeley Center for Law & Technology’s February 2021 “Design Patents” symposium, we traced the origins of design patent law’s ornamentality/non-functionality doctrine and showed how the Federal Circuit, the nation’s de facto design patent emperor over the past four decades, has turned the doctrine on its head: it has upended the 1902 Act’s intent and reversed three-quarters of a century of regional circuit jurisprudence. So much so that the post-1902 Act regional circuit design patent cases invalidating design patents on functionality grounds would come out oppositely under the Federal Circuit’s lax standards. Those standards led to the absurd result that Apple could disgorge Samsung’s profits on its smartphones because they employed rounded rectangular shapes. We showed that the Patent Act limited design protection to original, ornamental articles of manufacture, and excluded protection for functionality.

BCLT invited practitioners and academics to comment on our analysis. While none of the commentators questioned, no less refuted, our core finding that the Federal Circuit has flipped the ornamentality/non-functionality doctrine, several offered fig leaves to clothe the Federal Circuit’s lax standards for design patent eligibility and infringement. In responding to our article, practitioner Perry Saidman and Professor Mark McKenna suggested that the design patent regime can be justified in part based on the tighter functionality screen that the PTO applies to design patents than the low threshold that the Copyright Office applies to copyright registrations to useful articles.

Before turning to some illustrations, we note that the Compendium of U.S. Copyright Practices, in contrast to the Manual of Patent Examining Procedure, implements limiting doctrines in relatively clear and concise terms. As regards originality, the Compendium states that copyright law does not protect “words and short phrases,” “familiar symbols and designs,” “mere variations of coloring,” spatial format and layout design, blank forms, and common geometric shapes, either in two-dimensional or three-dimensional form.” The Patent Office applies no such limitations, notwithstanding that the design patent statute specifically requires that articles of manufacture be original to obtain design patent protection.

Turning to our findings, we begin with Universal Robots’ “UR5” robot arm. In 2015, it sought copyright registration of this useful article as a sculptural work. 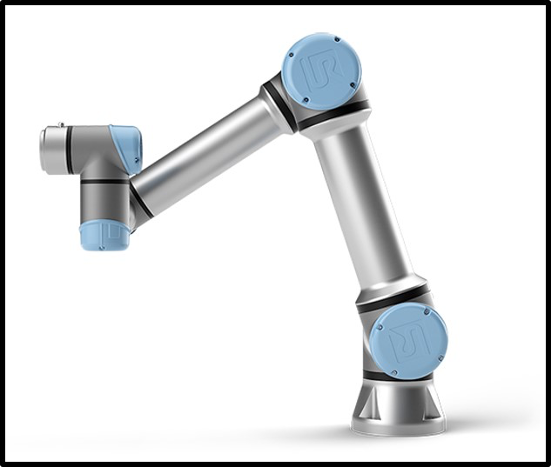 The Copyright Office refused registration on the ground that UR5 “is a ‘useful article’ which does not contain any separable authorship.” Universal Robots appealed the decision to the Copyright Office, arguing that the UR5 contains conceptually separable artistic elements that are not necessary to its performance of its utilitarian function, namely its “raised circular caps containing the stylized ‘UR’ design,” and the ‘“T’ shaped, modular interlocking wrist.” The Copyright Office affirmed its rejection, explaining that the UR5 “does not contain any separable, copyrightable features” because “the caps and wrist of the arm are both integrated parts of the ‘overall shape’ of the arm.” In September 2016, Universal Robots filed a second appeal for reconsideration, in which it contended that since the blue caps are “capable of being physically removed from the robotic arm without altering the useful aspects of the article,” and “are not necessary to the utilitarian functioning of the device,” they are “conceptually separable, artistic and protectable.” Universal Robots also asserted that the T-shaped piece was “designed to achieve a sleek, modem and aesthetically pleasing appearance,” is “not necessary to the utilitarian function of the article,” and could have been designed in many other ways, rendering this part protectable as well. Universal Robots claimed that these elements of the Work “embody more than the mere ‘modicum’ of creativity that is required for copyright registration,” highlighting that the designers are Danish and inspired by the Danish Modem movement.

In rejecting the second appeal, the Copyright Office concluded “that the elements Universal Robots identifies as expressive—namely the plastic caps and the T-shaped piece—could be visualized as works of authorship separate and independent from the Work’s utility.” And that “[e]ven if those features could be deemed separable, however, they simply are not sufficiently original to warrant copyright protection.” 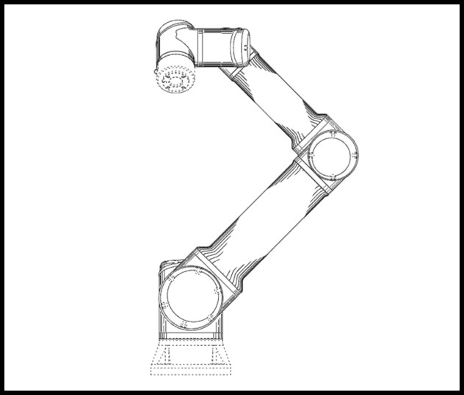 This pattern of copyright registration refusal/design patent grant is a common occurrence. In another poignant example, the Copyright Office declined registration for the Purple® pillow, concluding that the overall shape of the pillow—featuring an interior grid of hollow triangles—is unprotectable and not capable of conceptual separation from the useful article. The Copyright Office explained that the triangles have an “intrinsic utilitarian function” and thus are useful articles themselves,” noting that Purple’s marketing materials make “clear that these triangles are wholly utilitarian,” including that the Work’s “hundreds of little triangles . . . give the core of the pillow lateral strength so it retains its oh-so supportive, head-cradling comfort all night” and emphasizing the word ‘SCIENCE!’ in all capital letters; and “[e]ven if the grid of triangular prisms was not functional, however, it would not be a basis for copyrightability. The Copyright Office’s refusal to register quoted the Compendium of U.S. Copyright Practices: ‘The Copyright Act does not protect common geometric shapes’ including triangular prisms.” 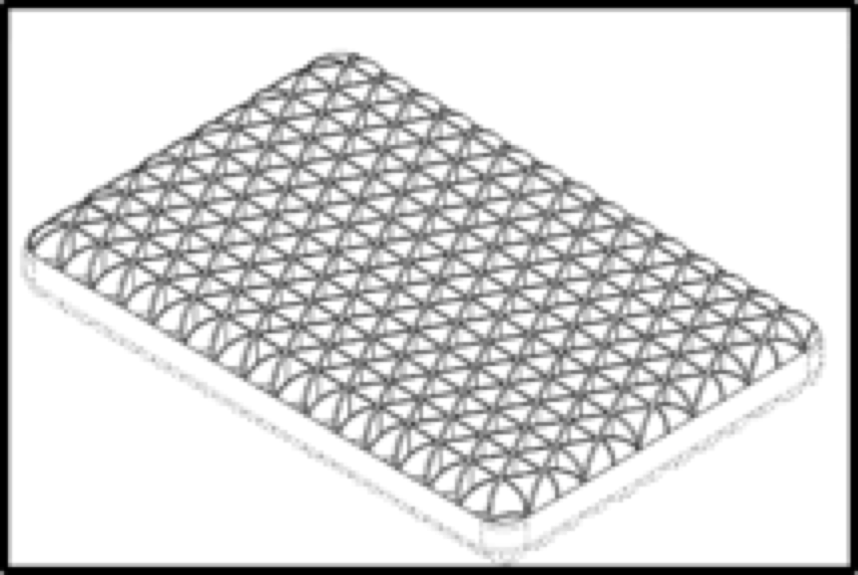 The design patentee continues to emphasize the ergonomic advantages of its pillow design: “Unique to the Purple Harmony Pillow, the Deluxe Hex Grid is specially formulated and engineered for head and neck support. The soft hexagon-shaped air channels optimize the dynamic response and airflow for unbelievable comfort.”).

We explore these and other examples in The Design Patent Emperor Wears No Clothes: Responding to Advocates of Design Patent Protection for Functionality.

These minimalist designs raise serious functionality and originality concerns. They demonstrate the rubber stamp quality of the Patent Office and that the design patent system as currently administered results in significant overprotection of functional features and designs. And even though design patents have “only” 15 years of duration, that length of time can be an eternity in some design markets and substantially diminish competition. The utility patent supremacy/channeling principle is about preserving competition in exactly the same way as trademark’s functionality doctrine—the channeling of functionality protection exclusively to utility patents is meant to subject all other, not sufficiently innovative, functional features to unimpeded market competition.

38 thoughts on “Guest Post: Design Protection and Functionality: Does the PTO or the Copyright Office Apply a More Rubbery Stamp?”