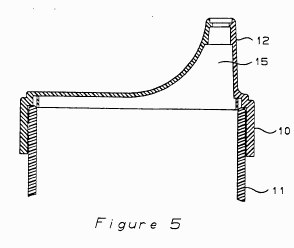 Freeman owns a patent on a spill-proof beverage container (a sippy-cup).  During an infringement suit against Gerber & Playtex, the Kansas District Court ruled that means-plus-function clauses of the asserted claims were indefinite, and thus invalid. Freeman appealed.

On appeal, Freeman argued that the drawings sufficiently described the claimed structure & its function.  Gerber, in response contended that "merely depicting a structure in a patent’s drawings is not enough to clearly link the structure to a particular recited function."

The court sided with Freeman, finding that patent drawings may be used to determine whether the patent "adequately disclosed structure corresponding to the recited functions."  The court went on to find that including the figures in the analysis avoided any indefiniteness problem.