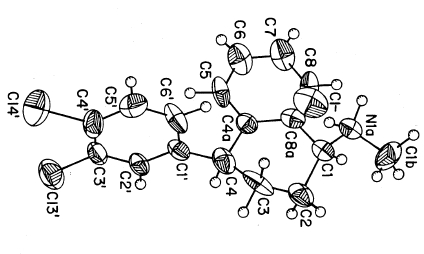 Pfizer holds two patents relating to Zoloft®.  Teva is a manufacturer of generic drugs and filed an Abbreviated New Drug Application (ANDA), seeking approval from the FDA to market a generic version of sertraline hydrochloride (Zoloft®).

Under the provisions of the Hatch-Waxman Act, Pfizer had 45-days to sue Teva for patent infringement based on Teva’s ANDA filings.  However, Pfizer did not sue.  Teva then brought a declaratory judgment action against Pfizer, seeking a determination that its generic drug did not infringe Pfizer’s patent.

The district court (D.Mass.) dismissed Teva’s suit for lack of jurisdiction for failing to establish an actual controversy under the Declaratory Judgment Act.

The district court applied the two-part test formulated by this court to determine whether an actual controversy exists in a patent infringement suit. Under that test, there must be both (1) an explicit threat or other action by the patentee which creates a reasonable apprehension on the part of the declaratory judgment plaintiff that it will face an infringement suit, and (2) present activity by the declaratory judgment plaintiff which could constitute infringement, or concrete steps taken by the declaratory judgment plaintiff with the intent to conduct such activity. See Amana Refrigeration, Inc v. Quadlux, Inc., 172 F.3d 852, 855 (Fed. Cir. 1999). The district court determined that Teva had satisfied the second prong of the test by filing its ANDA for generic sertraline hydrochloride. However, the court concluded that Teva had failed to satisfy the “reasonable apprehension” prong of the test.

On appeal, Teva argued that the district court erred when it determined that Pfizer had not created a reasonable apprehension that it would bring suit against Teva for infringement of the patent.  In its apprehension argument, Teva primarily relied on the facts that Pfizer placed the patent in the Orange Book.   However, the Federal Circuit determined that “Teva’s reliance on Pfizer’s listing of the ’699 patent in the Orange Book is misplaced.“

The listing of a patent in the Orange Book by an NDA filer is the result of a statutory requirement. Without more, Pfizer’s compliance with the Hatch-Waxman listing requirement should not be construed as a blanket threat to potential infringers as far as Pfizer’s patent enforcement intentions are concerned. . . . More is required for an actual controversy than the existence of an adversely held patent. . . . We are not prepared to hold that listing a patent in the Orange Book evinces an intent to sue any ANDA filer who submits a paragraph IV certification with respect to the patent.

In a spirited dissent, Judge Mayer argued that the filing of an NDA application combined with listing of the patents in the Orange Book does give rise to a reasonable apprehension that an Abbreviated New Drug Application (ANDA) filer and declaratory judgment plaintiff will face a patent infringement suit.