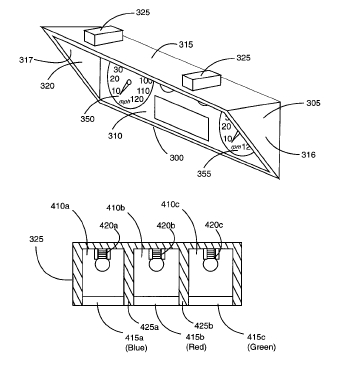 The Chicago Tribune has reported on a patent infringement action by an individual inventor, Frank Weyer, against Ford Motor Company.  In the suit, Weyer accuses Ford of infringing his patent that covers a "user selectable multi-color automobile instrument panel illumination."  (Patent No. 5,975,728).

Weyer says he has spoken to Ford’s attorneys about this. "I told them that all that I was seeking was a very reasonable royalty for their use of the patent," he says. "All that Ford has done so far is ask for more time to answer the complaint."

Of note, in addition to being an inventor, Weyer is a patent attorney with an office in Beverly Hills, California.  In an earlier lawsuit, Weyer sued Network Solutions and Register.com for violating their patent on the selection of an e-mail address based on a domain name. www.whois.sc/news/2004-01/registrars-sued.html.  He also spent time working for the Peace Corps.

I hope that the case ends quickly because I really like the new Mustang!