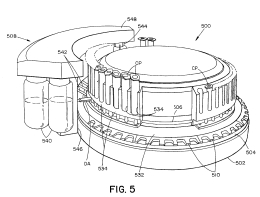 CytoLogix sued Ventana for infringement of its patents covering an automated microscopic slide stainer.  The case went to trial and the jury found that the patent was not invalid and that Ventana infringed.

The district court entered a permanent injunction but did not yet reach the issue of damages.

To establish infringement under § 112, ¶ 6, it is insufficient for the patent holder to present testimony “based only on a functional, not a structural, analysis.”  Here, CytoLogix failed to identify the structure in the specification that is the “temperature controller means” and compare it to the structure of the accused device. Accordingly, because CytoLogix failed to present substantial evidence of infringement of claim 13 of the ’693 patent, the jury verdict of infringement of claim 13 must be reversed.