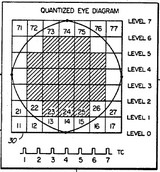 Sicom’s lawsuit was dismissed by the Delaware district court after finding that the plaintiff was not an “effective patentee” and thus lacked standing to sue.

The patent in question uses “eye patterns” for automatic monitoring of signal transmissions.  (Patent).  The patent was originally assigned to the Canadian Government and then licensed to Sicom, a company owned by the inventors. Under the license agreement Sicom had rights to bring “commercial infringement actions.”  However, the district court found that such rights were insufficient to allow a licensee to bring suit because “Canada may still be able to pursue non-commercial customers of Defendants like governmental entities, the military and universities, thereby creating multiple risk of litigation over the same patent, a result which is inconsistent with a genuine exclusive right to sue.”

Generally, a patentee and successors in title have rights to sue for patent infringement as do licensees who receive “all substantial rights under the patent.” Thus, a nonexclusive license confers “no constitutional standing on the licensee to bring suit.”

On appeal, the CAFC agreed that Sicom did not possess all substantial rights under the patent — focusing on Canada’s ability to sue other infringers and Canada’s retention of a right to practice the invention.

Dismissal With Prejudice: Sicom also argued that the lower court’s dismissal with prejudice should be set aside to give Sicom a third chance to establish standing.  However, because the company already had one chance to correct the standing defect, the CAFC affirmed, finding that the district court was within its discretion to dismiss the case with prejudice.