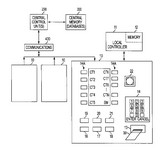 IPXL sued Amazon, arguing that its one-click purchasing system infringed on IPXL’s patent. Amazon won at trial and on appeal.

A portion of the opinion focuses on indefiniteness.  Specifically, the district court found that claim 25 was indefinite under 35 USC 112 because it attempts to claim both a system and a method for using that system.  Claim 25 reads as follows:

On appeal, the panel set out the rule — that a “claim is considered indefinite if it does not reasonably apprise those skilled in the art of its scope.”  Regarding claims directed to both systems and methods, the panel agreed with prior BPAI decisions that “made it clear that reciting both an apparatus and a method of using that apparatus renders a claim indefinite.”

Here, the CAFC found that the claim was unclear whether it required only a system that allows the user to use the input means or instead required that the user actually use the input means. “Because claim 25 recites both a system and the method for using that system, it does not apprise a person of ordinary skill in the art of its scope, and it is invalid under section 112, paragraph 2.”

One thought on “System Claim that Includes a Method Step is Invalid as Indefinite.”