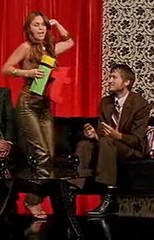 In a landmark unanimous decision, the U.S. Supreme Court has reportedly vacated the appellate court’s decision against eBay — putting an end to the “general rule” that a permanent injunction should follow a finding of infringement of a valid patent.  Rather, the opinion by Justice Clarence Thomas rules that the decision of “whether an injunction should issue” is within the trial court’s discretion. Concurring opinions by Chief Justice John Roberts and Justice Anthony Kennedy.

Background: At the district court, eBay was found to infringe MercExchange’s valid patent. However, the district court refused to issue an injunction to stop the ongoing infringement because MercExchange’s patent was a disfavored type (business method), because MercExchange was willing to provide a license, and because of the contentious nature of the litigation, any injunction would be difficult to enforce.  On appeal, the Federal Circuit (CAFC) reversed, finding that the lower court “did not provide any persuasive reason that this case is sufficiently exceptional to justify the denial of a permanent injunction.”  Most controversially, the CAFC concluded with its “general rule that courts will issue permanent injunctions against patent infringement absent exceptional circumstances.”

Unanimous Opinion: The decision relies on the traditional “four-factor test” for determining whether to issue a permanent injunction:

A plaintiff must demonstrate: (1) that it has suffered an irreparable injury; (2) that remedies available at law, such as monetary damages, are inadequate to compensate for that injury; (3) that, considering the balance of hardships between the plaintiff and defendant, a remedy in equity is warranted; and (4) that the public interest would not be disserved by a permanent injunction. . . . These familiar principles apply with equal force to disputes arising under the Patent Act.

The Court indicated that these factors must be applied on a case by case basis – noting that “traditional equitable principles do not permit such broad classifications.”

The Supreme Court flatly rejected the argument that patentee’s who only license should not qualify for injunctive relief — finding that “[s]uch patent holders may be able to satisfy the traditional four-factor test, and we see no basis for categorically denying them the opportunity to do so. To the extent that the District Court adopted such a categorical rule, then, its analysis cannot be squared with the principles of equity adopted by Congress.”

In its final word, the court emphasized that the “decision whether to grant or deny injunctive relief rests within the equitable discretion of the district courts, and that such discretion must be exercised consistent with traditional principles of equity.”

[T]here is a difference between exercising equitable discretion pursuant to the established four-factor test and writing on an entirely clean slate. .Discretion is not whim, and limiting discretion according to legal standards helps promote the basic principle of justice that like cases should be decided alike.

The opinion notes that from “at least the early 19th century, courts have granted injunctive relief upon a finding of infringement in the vast majority of patent cases.”  According to the Chief Justice, this long tradition of injunctive relief should be awarded great weight.

Kennedy, J, Stevens, J, Souter, J, and Breyer, J, Concurring: These four Justices feel that times have changes, and that the tradition of injunctive relief might no longer be so compelling.  The Kennedy opinion is focused primarily on non-manufacturing patent holding companies and business method type patents:

In cases now arising trial courts should bear in mind that in many instances the nature of the patent being enforced and the economic function of the patent holder present considerations quite unlike earlier cases. An industry has developed in which firms use patents not as a basis for producing and selling goods but, instead, primarily for obtaining licensing fees. . . . For these firms, an injunction, and the potentially serious sanctions arising from its violation, can be employed as a bargaining tool to charge exorbitant fees to companies that seek to buy licenses to practice the patent. When the patented invention is but a small component of the product the companies seek to produce and the threat of an injunction is employed simply for undue leverage in negotiations, legal damages may well be sufficient to compensate for the infringement and an injunction may not serve the public interest. In addition injunctive relief may have different consequences for the burgeoning number of patents over business methods, which were not of much economic and legal significance in earlier times. The potential vagueness and suspect validity of some of these patents may affect the calculus under the four-factor test.

The equitable discretion over injunctions, granted by the Patent Act, is well suited to allow courts to adapt to the rapid technological and legal developments in the patent system. For these reasons it should be recognized that district courts must determine whether past practice fits the circumstances of the cases before them. With these observations, I join the opinion of the Court.

In the end: The court found problems with both the CAFC decision and the district court decision.  For those concerned about the actual parties (MercExchange and eBay), we’ll have to wait to see a new decision from the lower courts.

Crouch’s off the cuff analysis: I had predicted that the Court would apply equitable principles, but would announce that that injunctions should continue to issue in most cases.  [Prediction].  As it turns out, that decision is found in the Roberts Concurrence, but not in the majority. (Thus, I lost my $1 bet).  I also had not predicted that four Justices (Kennedy, Stevens, Souter, and Breyer) would come out so strongly against injunctions.  This decision may indicate a real shift in Patent Law and the strength of an individual patent.  My general advice to litigators: The injunction is now a big issue — make sure that you focus on evidence of irreparable harm from the beginning — including your cease & desist letter or initial complaint.  My colleague Tom Fairhall correctly points out that this decision adds yet another layer of uncertainty to patent litigation.

Based on this decision, it is now clear that the value of a patent does depend upon the identity of the owner. For instance, an industry competitor will be able to show irreparable injury much more easily than would a university or individual inventor who has no plans to manufacture a product.  Because the industry competitor has a higher likelihood of obtaining an injunction, it should be willing to pay more for the patent.  Interestingly, this valuation gap may spur more licenses and patent transfers.