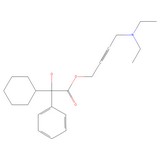 Alza holds the patent on a once-daily controlled release oxybutynin formulation used to treat urinary incontinence. (U.S. Patent No. 6,124,355). Alza’s formulation is sold as Ditropan XL®.  Mylan wants to sell a generic version and challenged the patent, and the district court obliged by finding the patent invalid as obvious.

In affirming the obviousness finding, a unanimous decision penned by Judge Gajarsa presents its defense of the much criticized teaching/suggestion/motivation test (TSM Test) for obviousness that is currently on review before the Supreme Court in the Teleflex case.

The meat of the opinion begins with a reminder that the motivation test did not arise with Federal Circuit, but rather that the making of the CCPA.  The 1943 case of Fridolph, for instance, instructs that when “considering more than one reference, the question always is: does such art suggest doing the thing the [inventor] did.”

Next, the opinion explains that the TSM test “has been developed consistent with the Supreme Court’s obviousness jurisprudence as expressed in Graham and the text of [Section 103(a)].”  The court explains that the purpose of the proof portion of the TSM test test is to avoid the problem associated with hindsight.  The theory is that obviousness “should be based on evidence rather than on mere speculation or conjecture.”

Many of the briefs in Teleflex argue that the TSM test is “rigid.”  In Alza, the court disagreed, arguing that the test is flexible “because a motivation may be found implicitly in the prior art.” (emphasis in original).

We do not have a rigid test that requires an actual teaching to combine before concluding that one of ordinary skill in the art would know to combine references. This approach, moreover, does not exist merely in theory but in practice, as well. Our recent decisions in Kahn and in Cross Medical Products amply illustrate the current state of this court’s views.

In Kahn, the court emphasized the availability of implicit proof of a motivation to combine references, and in Cross Medical, the court found that motivation could come from “general knowledge.”

In this case, the patent holder Alza argued that back in 1995, there was no suggestion to try (or likelihood of success of) using controlled release pills because nobody thought that the formulation could be absorbed in the colon.  Defendant Mylan relied on an expert witness who testified that back in 1995 there would have been a reasonable likelihood that a controlled release pill would work – and thus that there was a motivation to try it.  Alza presented some references that suggested that controlled-release pills might not work, but those did not specifically discuss absorption of the type of molecule contained in Ditropan.

Based on the expert testimony, the lower court agreed that the TSM test had been satisfied and that the patent was invalid as obvious.  The appellate panel affirmed on a clear error standard, finding that:

we cannot perceive clear error in the district court’s factual findings that while colonic absorption was not guaranteed, the evidence, viewed as a whole, is clear and convincing that a person of ordinary skill in the art would nonetheless have perceived a reasonable likelihood of success and that she would have been motivated to combine prior art references to make the claimed invention.