The Star patents are directed at a method of making healthier tobacco (same nicotine, but fewer nitrites and other chemicals). Higher end organic or green tobacco is perhaps the only growth market in the lagging US market. The inequitable conduct issues in this case revolve primarily around a letter received by the prosecuting attorneys from a Star scientist indicating that Chinese tobacco already had lower levels of nitrites due to “their use of old [radiant heat] flue-curing techniques.” Neither the letter nor a set of similar data were ever disclosed to the PTO.

Specific Intent: As the CAFC held the 1995 Molins case, the intent requirement is “specific intent to . . . mislead[] or deceiv[e] the PTO.”

When circumstantial evidence is used to prove intent, that evidence “must still be clear and convincing” and intent to deceive the PTO must be “the single most reasonable inference able to be drawn from the evidence.” As a flat rule, information is not material if it is cumulative to that already disclosed.

In this case, prosecution was begun at the Sughrue Mion firm and then moved to the Banner Witcoff firm. RJR’s theory of intent was that the firm switch was necessary to avoid disclosing the letter. Star’s witness stated that the “reasons behind the replacement of the Sughrue firm were that a key partner passed away and that [the witness] observed a Sughrue attorney perform unsatisfactorily in an unrelated prosecution.” The district court, however, rejected that testimony as unbelievable. On appeal, however, the CAFC reversed:

Here, the court found that RJR had simply not proven its case:

In the end, the court concluded, that RJR had simply failed to provide sufficient facts to support an inference of intent to deceive. Reversed and Remanded. 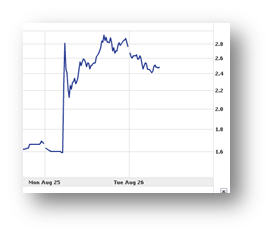 Of course, there is no “legal” impact, but I query the importance of the fact that both prosecution firms (Sughrue Mion and Banner Witcoff) are well known and well respected in the legal communities.