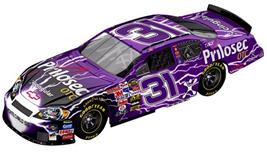 The CAFC has affirmed a lower court trial finding that AstraZeneca’s Prilosec (omeprazole with an enteric coating and a subcoating) patents are infringed by the ANDA filings of Apotex, Torpharm, and Impax. (See U.S. Patent Nos. 4,786,505 and 4,853,230). This complex consolidated case has been handled by Judge Jones of the Southern District of New York. The case includes several important procedural issues, but here I focus on public use.

Public Use of a Pharmaceutical Formulation: Under 35 U.S.C. § 102(b), a patent will be considered invalid if the invention was “in public use” more than one year before the filing date. (i.e., before the “critical date”). The use in question was Astra’s large clinical trials used to test its omeprazole formulation. The district court ruled for Astra on two separate grounds: First that the clinical trials were an “experimental use” and therefore cannot qualify as public uses and second that the formulation was not yet ready for patenting until after the trials were completed.

Experimental Use and Reduction to Practice: In a series of cases over the past decade, the Federal Circuit has made clear that the experimental use defense “cannot negate a public use” that occurs after the invention is reduced to practice. At the same time, public use now requires proof that an invention is “ready for patenting” which generally requires reduction to practice (or at least being enabled to practice). For the most part, this rather new interpretation of public use subsumes the experimental use defense.

Here, the pills had been manufactured and were being used by clinical subjects. However, there were not “reduced to practice” because RTP requires knowledge “that the invention would work for its intended purpose.” On appeal, the Federal Circuit refused to overturn the lower court’s factual findings – instead agreeing the formulation was not reduced to practice because the company lacked experience of how it would perform clinically:

[Astra’s expert witness] testified that as of May 1983 the Astra scientists did not have enough information to satisfy themselves that the Phase III formulation would work for its intended purpose. Instead, he testified that the Astra scientists thought the Phase III formulation “had a good possibility to be used as a marketing drug” but that the team did not have long-term stability data and had “no experience of how it performed in clinical studies.”

The Astra scientists had long understood that omeprazole could provide a safe and effective treatment for certain gastrointestinal diseases. The challenge they faced was developing a formulation to deliver omeprazole to the small intestine, a challenge that was made difficult by omeprazole’s sensitivity to acidic environments, such as the stomach. Impax has not demonstrated that, without conducting the Phase III clinical tests, the inventors knew that the Phase III formulation would achieve the goals of long-term stability and in vivo stability such that it would be effective as a treatment for gastrointestinal disease.

Because the efficacy of the formulation was not reduced to practice, its use could not be a public use.

26 thoughts on “Public & Experimental Use: Reduction to Practice Requires Knowledge that Invention Works for Intended Purpose”