I am looking generally at how the contents of a patent application may impact the prosecution process. In this study, I looked at a sample of 50,000 original patent applications (excluding continuations) that have issued as patents in the past few years. This first graph shows the average time in prosecution (filing to issue) as a function of the total number of claims in the original patent application. The result is that the claim count positively correlates with time in prosecution. This correlation is strongest when the claim count is less than 30. As an example, patent applications with 30 claims took about 33% longer to issue than those with only 2 claims. The correlation makes sense: more claims would generally mean more work for the PTO to reject each claim, and more work for the applicant to respond in kind. 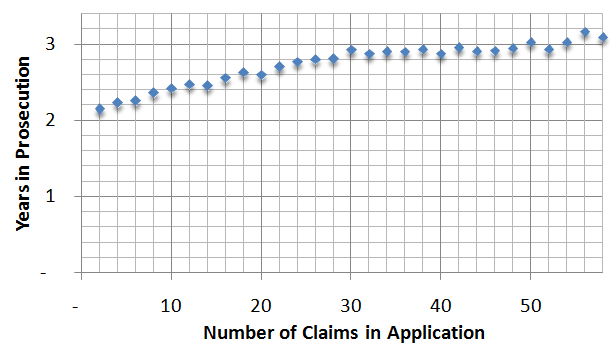 The second graph shows a similar pattern for independent claims. 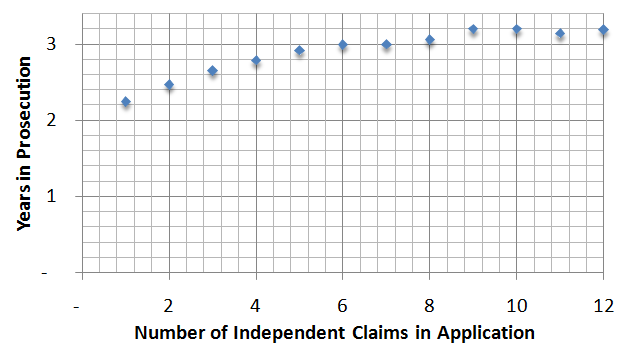