Earlier in the week, I wrote about Bilski in relation to the recent diagnosis patent case of LabCorp v. Metabolite. Metabolite’s claim 13 reads as follows:

I asked the following question to Patently-O readers and received a response from about 200 readers: It reads as follows: 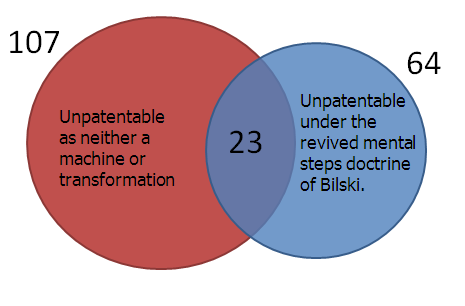 The survey did not ask demographic data. However, of those responses using a USPTO IP address, 86% would find the claim unpatentable under Section 101.

28 thoughts on “Survey results: Would Metabolite’s claim 13 be found patentable under the reasoning of Bilski?”