Mayer Lebowitz was a noted inventor of security technology. He died in 2005, but the trustee of his estate (Gellman) sued to enforce patent rights against various security companies including ADT, Diebold, Digital Security, Europlex, NAPCO, Numerex, Protection One, and Telular. Gelman lives in Texas and brought suit on behalf of the estate in the Eastern District of Texas – alleging infringement of U.S. patent No. 6,075,451. The ‘451 patent covers the method and electronics for sending alerts via a cellular network. That way, the lines can’t be cut, and installation may be much cheaper.

Judge Ward rejected the defendants motion to transfer Venue to the Northern District of Illinois – finding that the Plaintiff’s Texas location weighed heavily in favor of keeping the case in Texas. Gellman v. ADT Sec. Services, Inc., 2008 WL 4280351 (E.D.Tex. 2008). Following In re TS Tech, Telular has now moved for mandamus – asking the Federal Circuit to order that venue be transferred. In a preliminary ruling on the Motion, Judge Dyk demanded that Gellman brief the matter.

In a parallel case, Judge Ward recently refused to transfer a case that had been filed against a dozen auto manufacturers. MHL TEK, a Texas corporation, sued Audi, VW, Nissan, Hyundai, Kia, BMW, Porsche, Isuzu, etc. The defendants asked that the case be sent to the Eastern District of Michigan, Judge Ward found numerous reasons why Michigan was a poor choice of venue. MHL TEK, LLC, v. NISSAN MOTOR COMPANY, 2009 U.S. Dist. LEXIS 13676 (E.D. Tex. 2009). In his opinion, Judge Ward made the law on venue look quite silly when applied to major multi-party patent cases. For instance, the convenience factor looks at distance to the forum: “For defendants flying in from Germany, the Detroit airport would possibly be closer than the Shreveport airport. For defendants flying in from Asia over the Pacific, the Shreveport airport would possibly be closer than the Detroit airport.” As in the Gellman case, at least one defendant here (VW) has asked for the Federal Circuit to rule on mandamus. Briefing on that motion continues.

Both cases are easily contrasted with Odom v. Microsoft. (AKA Patent Hawk) In Odom’s case, both the patent holder and defendant were located in the Pacific Northwest, and the defendant asked that the case be transferred to the Plaintiff’s home jurisdiction. In both Gellman & MHL TEK, the plaintiffs are located in Texas and the multiple defendants are located throughout the country and the world without any particular site of nexus. 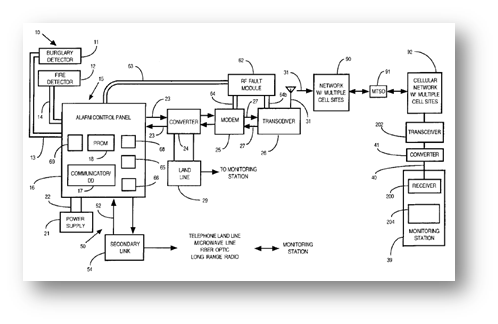 3 thoughts on “Eastern District of Texas as the Best Venue”