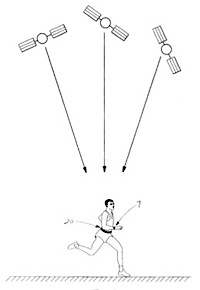 Paragon’s patent covers a GPS/physiologic exercise monitoring system that displays realtime calculated values such as heartrate, altitude, velocity. The components of the invention are divided between a data acquisition unit and a display unit. After an unfavorable claim construction, Paragon stipulated to a non-infringement judgment. On appeal, the Federal Circuit vacated judgment – finding that the district court had improperly construed the terms.

Disavowal of Claim Scope : The district court concluded that the claimed “data acquisition unit” must be a single structure encompassing both GPS and physiologic sensors. That ruling was critical because the accused device (Timex Biolink) physically separates the GPS and physiologic monitors. Although the claim language did not limit the acquisition unit to a single physical device, the district court found that Paragon had disavowed that scope 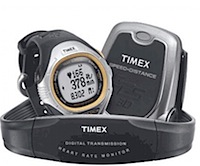 when it amended the claims to require that the acquisition unit be separate from the display unit.

On appeal, the Federal Circuit agreed that the patentee had clearly disavowed a single structure. However the court could not find a reason that the amendment would limit the acquisition unit to a single device.

We conclude that, read in light of the specification, the claim term “data

uctures, and that the applicants did not make a clear and unmistakable disavowal of multiple physically separate structures during prosecution.

Parallel Construction: In construing claims, courts presume that a term in one claim will hold its meaning throughout the claims. That presumption is overcome when “it is clear from the specification and prosecution history that the terms have different meanings at different portions of the claims.” Here, because the claimed “acquisition unit” can be multiple structures, the Federal Circuit found that the claimed “display unit” may also include multiple structures.

Real Time Data: The district court interpreted the claimed “real time” display of data as contextual. For some activities – such as mountain climbing – a thirty second delay may well be “real time.” However, for ot

her activities, a thirty second delay would not be considered real time.

Absent an express limitation to the contrary, any use of a device that meets all of the limitations of an apparatus claim written in structural terms infringes that apparatus claim. … Construing a non-functional term in an apparatus claim in a way that makes direct infringement turn on the use to which an accused apparatus is later put confuses rather than clarifies, frustrates the ability of both the patentee and potential infringers to ascertain the propriety of particular activities, and is inconsistent with the notice function central to the patent system.

Consequently, the Federal Circuit modified the construction of “displaying real-time data,” to be “displaying data without intentional delay, given the processing limitations of the system and the time required to accurately measure the data.”

Based on these modifications to the claim construction, the Federal Circuit vacated the finding of non-infringement and remanded for further proceedings. I wonder — if the specification had clearly indicated that the definition of “real-time” could shift depending on the type of use, would the claim then be held invalid as indefinite under 35 USC 112.