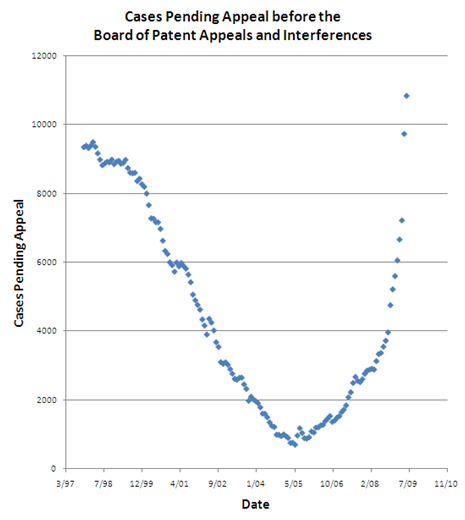 I used data reported by the Board of Patent Appeals and Interferences (BPAI) to compile the chart above. The chart reports the number of pending appeals each month from October 1997 – May 2009.

53 thoughts on “Timeline of the BPAI Backlog”