The Department of Commerce has released a white-paper discussing the economic value of innovation and coupling that value to the need for reform of the US Patent Laws.  The report focuses on (1) the need for “timely patents” in order to successfully obtain venture capital financing; (2) the need for “high-quality” patents in the area of pharmaceuticals; and (3) the negative effects of poor quality patents and uncertainty in enforcement.  These background points are fairly well accepted.

The more controversial aspect of the report are the Department’s policy conclusions. Namely, the Department of Commerce argues that (1) USPTO Fee setting authority (and what the Office does with that authority) will help to reduce the backlog; and (2) more broadly available and efficient post grant opposition proceedings will help reduce the cost of litigation. Finally, the report notes that the US patent office is “tax-free” in the sense that taxpayer money is not used to administer the office. The ability to avoid appropriations makes PTO reform a politically attractive policy lever.

USPTO fee-setting authority adds flexibility, allows the Office to more quickly raise needed funds, and also allows for the potential of aligning align fees with actual costs.  As an example, the white paper notes that “abandoned” applications pay only about one-third of the total examination costs.  That front-end cost is “subsidized by back-end patent issuance and maintenance fees that are assessed on successful applicants.”  The report states flatly that “With fee-setting authority, the USPTO could deliver on its aggressive goal of reducing to 20 months total average pendency. This anticipated 40% reduction in average pendency would offer greater certainty to innovators of all stripes, allowing for more timely and accurate R&D investments, and thus, substantially improve prospects for improvement in the Nation’s innovative performance and overall economic growth.”

A more efficient post grant review system would benefit the patent system offering a low-cost and quick mechanism to challenge weak patents. “These patents will then be taken out of the system, saving both potential litigation costs and costs to consumers from the exercise of unwarranted market power. . . . Indeed, almost every academic economist who has ever examined whether an enhanced system of post-grant review should be adopted has favored such adoption. . . . [E]nhanced post-grant review also offers advantages to those seeking to assert valid patents. Litigation-related delay in the resolution of validity contributes to uncertainty for technology investors, increasing the likelihood of underinvestment and mistaken investment, and adding transaction costs to technology commercialization.” 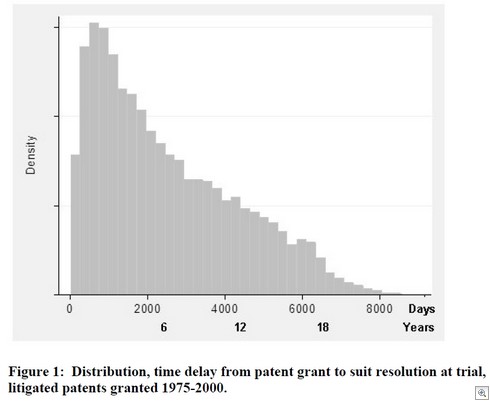