The USPTO issued more patents during the past two weeks than in any fortnight in history.  A primary driver of that upswing appears to be a dramatic rise in the allowance rate. This change is demonstrated in the chart below. 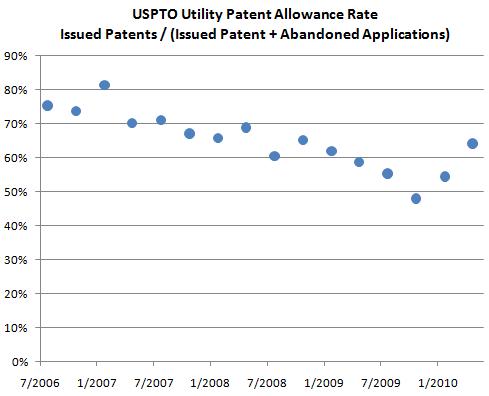 Methods: The chart is based on 4,400 patent applications that have either been abandoned or issued as patents – i.e., “disposed of.”  The allowance rate was calculated for each quarter based on the disposal date.  Only published applications were used.

The graph above is similar to the PTO allowance rate chart seen below through the end of FY2008. (As with the PTO pink line below, my chart does not count RCE filings as abandoned cases.) 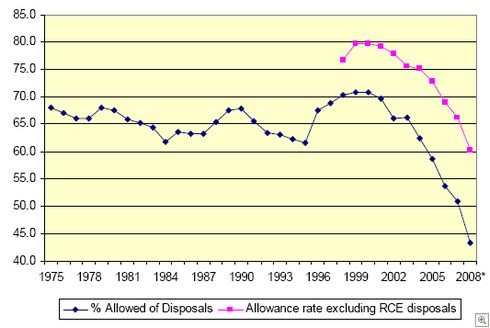