In early 2011, the USPTO appeared to be on pace to issue a record number of patents for the year. That changed when Congress cut $100 million from USPTO’s remaining fiscal year budget.  That budget cut led directly to a reduction in examiner hours — the key USPTO input.

The new forecasted outlook for 2010 suggests that the number of issued patents for 2011 will be slightly less than that of 2010. 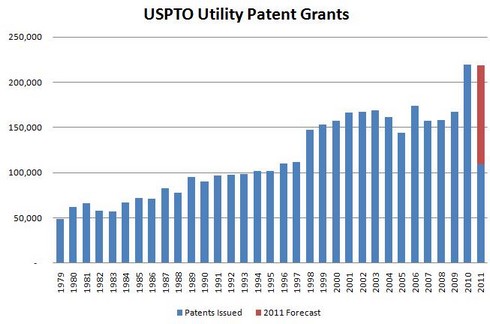