As I commented yesterday, the Federal Circuit's statistics page no longer provides information about the disposal of patent infringement appeals by merits panels.  To get a better picture of the CAFC's activity in this area, I put together a graph that illustrates the Federal Circuit's dispositions of appeals arising from the district courts over the past fiscal year. 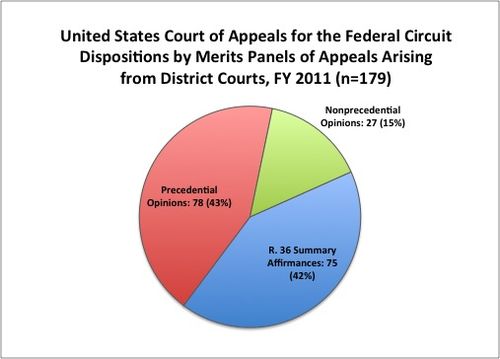 The CAFC's graphs from previous years: 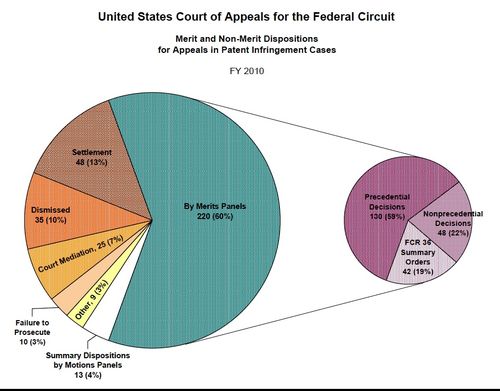 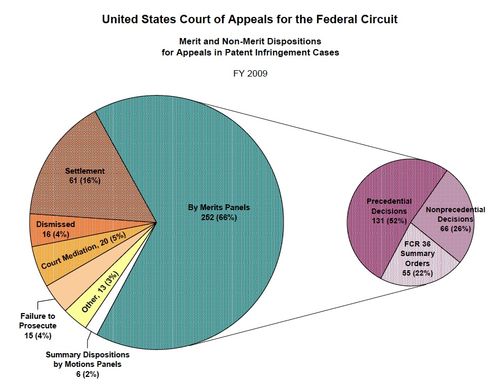 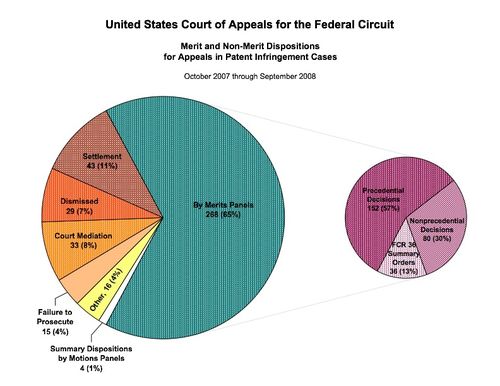 As compared with the Federal Circuit's historical data, the FY 2011 graph reflects a significant rearrangement of the way in which the CAFC is resolving patent infringement appeals: many more appeals were disposed of this year via summary affirmances and the percentage of precedential opinions has dropped sharply.  The overall number of dispositions by merits panels is also down, although that may be a function of the overall decline in appeals filed over the past few years.

4 thoughts on “CAFC: Patent Opinions Down, Rule 36 Affirmances Up”